Open source email and collaboration platform Zimbra has revitalized itself in recent years, to move forward despite threatening clouds in the environment. 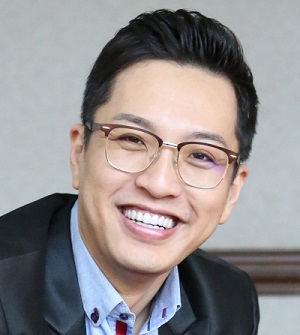 It’s been an eventful thirteen years for Zimbra. Now a product within Buffalo-based Synacor, the company was founded in 2005 – celebrating the thirteenth anniversary of their initial product release [July 26, 2005] yesterday. The company was conceived as an open source alternative to Microsoft Exchange and its first decade saw multiple players see sufficient potential to acquire it. Synacor was the last in 2015. Since then, Zimbra has built out its new product capabilities to respond to user community interest. The company says its channel, which is almost all of its route to market, has never been stronger. It is also showing good market momentum, with over 230 new deployments so far in 2018.

In its early days, Zimbra was an industry darling, which led to its being scooped up by Yahoo! In 2007, only two years after it first emerged. VMware then acquired them in 2010, before selling them again to Teligent Systems in 2013. Synacor acquired Zimbra in 2015 for a relatively low price – $24.5 million.

“Zimbra has been very successful in creating a communications platform with an extensible strategy from day one,” said Marcus Teo, Senior Vice President, Enterprise Sales and Marketing at Synacor. “Video, messaging and document editing – these are things that we can bring in.”

Teo, who joined Zimbra in its VMware period, said that market conditions in the early days limited Zimbra’s ability to develop the full potential of its platform.

“One of the challenges we had then was that we wanted to bring in new extensions for Zimbra, but the market wasn’t ready for much of that then,” he said. “We are extensible, but we rely on our community to create things. We don’t do everything by ourselves. We aren’t Microsoft. But we have integrated millions of users who help us create things, and who we can market to.”

The VMware days saw significant impetus in the enterprise space.

“Our sweet spot a decade ago was the open source market, although we are very service provider-friendly,” Teo said. “With VMware, there was an infusion of knowledge from the acquirer. We really took off when VMware was beginning to target enterprise markets, and they directed Zimbra in that direction. That made us us more appealing to the enterprise.”

However, their core product set has come under increasing pressure, especially once Office 365 really took off.

“The biggest challenge for us in the market today comes in email and office productivity,” Teo said. “Office 365 commoditizes everything, so people expect things to be very cheap. In North America, we are constantly challenged by the big boys – Microsoft and Google. This has been a big issue in the education space. Education is a market that was huge in the old days of Zimbra. However, when Microsoft and Google came up with free offerings for academic users, that became a tough proposition for us. It’s hard to compete against free. Even if we offered Zimbra to our partners for free for this market, they still have hardware costs.”

“Cloud is very much a double-edged sword for us,” Teo said. We are very successful in private cloud, especially in emerging markets, where connectivity becomes an issue. Private cloud is also important where data sovereignty is critical. That’s important for some governments, and we have been very successful selling to this kind of client. For these reasons, our greatest strength in recent years comes from outside the US market.

“We are also making some forays into commercial and SMB, as well as into the service provider market,” Teo added. “Small ISVs can take our platform and offer a hosting service and own the business relationship with their customers.”

Synacor has a channel-first approach and a 100 per cent channel goal, but Teo also acknowledged that given the nature of their customer base, some will want to deal directly with Synacor to buy Zimbra.

“We try to dissuade that, but we do direct if the alternative would be that they go to someone else,” Teo said. “Less than five per cent of the business is direct.”

The channel, Teo noted, has changed a lot since the early days – and for the better.

“In the VMware days, it was all partners of convenience,” he said. “Now we have a lot of partners who are really strongly focused on open source, and they really push open source products into the market. Some of my best partners are ones who are heavily involved with Red Hat.” Zimbra now has over 1,900 channel partners.

The recent surge of new functionality has helped to address customer concerns about feature parity which had become an issue by the time Synacor acquired Zimbra.

“Over the last two years, we have come up with a product that addresses most customer needs, and our customers are very happy with what they are getting today. That wasn’t always the case. The last two years have shown such momentum. We have added more applications like our Drive sync and share, and documents editing. We have had more partners coming in to collaborate with us, and more technology partners.”

Synacor brought out the Zimbra 8.8 release last year. The most recent updates, Zimbra 8.8.8 and 8.8.9, released in April and July this year, introduced Zimbra Talk V2, an enterprise-level messaging platform inside the Zimbra Web Client, which supports one-to-one and group messaging and videoconferencing, and file and screen sharing. The releases also feature updates to Zimbra Drive and Zimbra Briefcase [file sharing] that include seamless synchronization and sharing of files between users.

“We expect momentum to further accelerate over the next twelve months, though collaborative co-creation of the product, depending on what the market desires,” Teo said.