CloudJumper has had partners ask for this to reduce the complexity of working with Azure, and large integrators who had not worked with the company before see this as a way to make large Azure deployments more cost-effective. 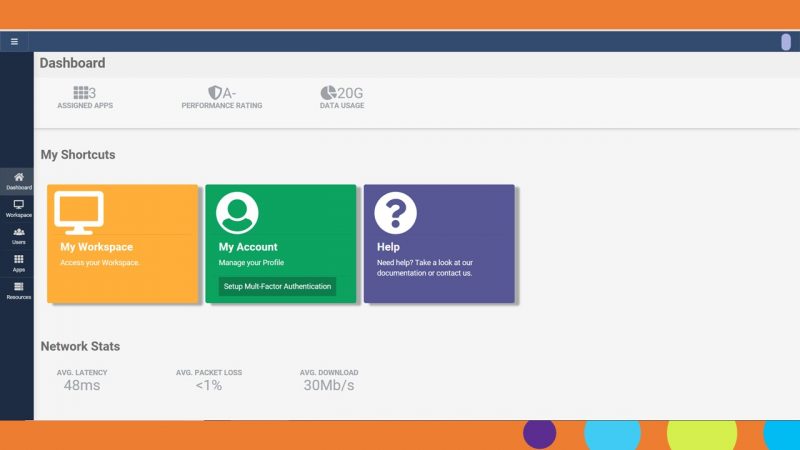 Workspace as a Service (WaaS) provider CloudJumper has announced an enhancement of their platform with Cloud Workspace for Azure. The platform’s new capabilities are specifically designed to integrate their Cloud Workspace Management Suite with Microsoft’s Remote Desktop modern infrastructure (RDmi) – to make the latter much easier to manage – and improve users’ Azure, Office365 and Cloud Workspace experience.  CloudJumper made the announcement this week at the Microsoft Inspire partner event in Las Vegas.

The CloudJumper Cloud Workspace Management Suite is a rebranding and updating of the software-only platform that the company acquired earlier this year with IndependenceIT. While the IndependenceIT platform had integrated with Azure for years, as well as the other major public clouds, this specific integration greatly extends the platform’s automation capabilities in the Azure environment and provides a much deeper level of integration compared to what existed previously.

“The Cloud Workspace Management Suite for Azure fully automates the deployment of application workloads into Azure,” said Max Pruger, CloudJumper’s Chief Sales Officer. “The Suite is integrated with both Azure Backup and Active Directory Domain Services, and the end user just provides their Azure credentials and it spins right up for them.” The suite will manage every layer of the administrator’s technology stack in Azure, as well as server resources, and does so with dynamic resource adjustment. It also integrates billing into the administrator interface.

Partners who have already invested in the Cloud Workspace Management Suite won’t have anything new to buy here.

“If they have made the investment already, they just have extended capabilities to deploy into Azure,” Pruger said. “We are a SaaS-based billing model, so they will only pay for what they deploy.”

The new capability was designed to provide a solution to the problem around Azure complexity in general, and around management of RDmi workloads in particular.

“We have seen strong demand from our existing partner base for this, and are seeing strong demand from some Microsoft partners we are meeting with at Inspire,” Pruger said. “We have had pent-up demand from our existing customer base. A lot of them are Microsoft CSPs. They consume Azure infrastructure, but the challenge is that it is very complex. We consolidate their 300 plus services to about ten button clicks. We have 1000 plus seats that we will begin to deliver after the show.”

As Azure has really only begun to take off in the last two years, it accounts for a relatively small percentage of CloudJumper’s business – about ten per cent. It is growing rapidly however, and the company expects this offering to accelerate that. Pruger said that they have seen interest from some large Microsoft providers, particularly among the big systems integrators.

“We are meeting with some of these Microsoft partners at the show,” he indicated. “At this point, it is the large systems integrators who are interested. Some of them have very large Azure deployments, and are looking for a more cost-effective way to deploy. Microsoft has deployed a large number of RDmi workloads in Azure – they don’t just have a good way of supporting them. This is a holistic solution for providers to move RDmi workloads into Azure and support them in a cost-effective manner. We will be able to dynamically manage these machines to make them as cost-effective as possible.”

As an example, Pruger said that they recently attended a training session with an Azure trainer. 30 IT companies showed up for a session that started at 830. By 1230, only three of them had completed setting up their software-defined date centre.

“It would have taken them a few minutes with CloudJumper,” he said.

CloudJumper is cloud-agnostic. While the focus here at the Microsoft event is on Azure, they already have a Cloud Workspace for Google, which is very similar in its effects.

“As far as AWS goes, we can deploy there, but its not nearly as automated and we don’t integrate with their backup snapshotting solution like we do with Azure,” Pruger indicated.

CloudJumper is at Booth #603 at the Inspire event this week. On Wednesday at 230, Drew Walz, CloudJumper’s CTO, will highlight Cloud Workspace for Azure during a presentation titled “Remote Desktop Services: Partner business opportunities hosting Windows desktops and applications on Microsoft Azure” in Room 28, Oceanside Ballroom G.