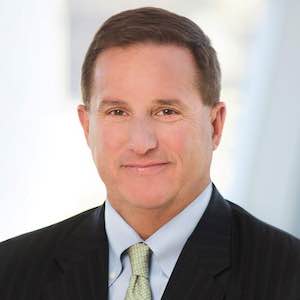 LAS VEGAS — When the subject of public businesses going private comes up, the idea of the company getting more freedom frequently comes up. It’s a simple concept — freed of the hard need to exceed increasingly activist shareholders’ short-term expectations or be punished for their transgressions, companies can focus on long-term goals. Ask Michael Dell about his experience in taking his eponymous company private, and it’s the first thing he’ll talk about. At length. And glowingly.

Although Oracle remains a publicly-traded company, its purchase of NetSuite (which was also public) in many ways represents such a go-private move, suggested Oracle CEO Mark Hurd, appearing live from Oracle headquarters in California at NetSuite’s SuiteWorld 2018 conference here.

But even though NetSuite was itself born of Oracle — founder and CTO Evan Goldberg was an Oracle staffer when he came up with the Web-based accounting package idea, and then-CEO of Oracle Larry Ellison was heavily involved in funding the startup — Hurd acknowledged it’s a very different beast than its new parent, and cautioned that Oracle must be careful to empower its new business unit, but keep it from parts of the Oracle scale and culture that would not work well for it.

“We want to invest and leverage what helps from Oracle, but don’t let it get crushed in some areas where Oracle may not be helpful,” he said. For example, he said being part of the much-larger Oracle has helped the company expand globally into many new markets in a very short period of time. Still, Hurd would like to make sure that he “puts as little of Oracle’s bureaucracy on top of NetSuite as possible.”

Growth is the theme of this year’s SuiteWorld event here, the second since becoming Oracle’s biggest-ever acquisition, and Jim McGeever, executive vice president of Oracle NetSuite, aid the company has expanded from 70 sales people in the EMEA region a year ago to 600 today, mostly in nations it hadn’t served in the past. Localizing its cloud-based suite for more customers in more countries remains one of the company’s biggest short-term development goals. 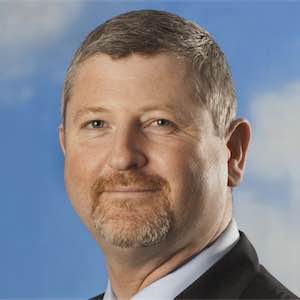 “We want to be more German in Germany than SAP,” he quipped, as usual for a NetSuite keynote, one of several barbs at rival business software vendors SAP and Microsoft.

The parent-subsidiary learning and evolution has been all one way. McGeever pointed out that several Oracle business units have adapted the way NetSuite brings in and manages new business, and he said that since the merger, Oracle’s support model has been changed to look much more like what NetSuite previously offered.

He said the company has also provided some of its lessons learned around the cloud. And while he praised Oracle for being “all in” on the cloud, NetSuite is quick to point out that they were cloud before cloud was cool, and since well before Ellison himself famously expressed his doubt that the cloud existed, much less was a market force.

“They’re very open to learning anything to make [cloud software] a better experience for their customers,” he said.