ECi, to which Macola reports after their acquisition by ECI’s Apax Partners, told Macola customers and partners at their EVOLVE event what the new ownership will mean for them, and how Macola fits into ECI’s strategy for its manufacturing division. 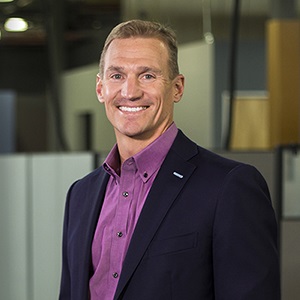 CHICAGO — It’s a new era for Macola. The SME-focused ERP vendor was acquired last summer by private equity firm Apax Partners and merged with Fort Worth TX-based ECi Software Solutions, under the leadership of ECi management. While Apax also owned Exact, so that Macola is quite familiar with working under the Apax umbrella, ECi has quite a different management philosophy than Exact did when it ran Macola. That philosophy, and its impact on Macola customers and partners, were a highlight of the opening keynote at the Macola EVOLVE 2018 event here today.

Trevor Gruenewald, President and Chief Operating Officer of ECi Software Solutions, said that he had been besieged by conference attendees since his arrival, wanting to know the direction in which the new leadership will take Macola.  Onstage, he assured the audience that while ECi has a very different management philosophy than Exact had with their North American business units, they believe that it is a better one, that will drive more synergies for the business and generate more value for customers and partners.

“I have had a lot of questions about the change in ownership,” he stated in the opening keynote. “We are very focused on particular verticals and particular industries, to provide purpose-built software that speaks to your industries. Our focus is on being experts so that we can be an extension of your team.”

Gruenewald emphasized that ECi hires for culture first to make sure that they can support that mission. He also stressed the importance of new ownership by Apax partners, which he called one of the ten largest private equity firms in the world, and one which doesn’t strip-mine its assets.

Gruenewald noted that ECi had made 20 acquisitions since 2005, and that while they operate in four distinct verticals, manufacturing is the largest, accounting for 36 per cent of their business, covering different parts of the SMB space.

“We have placed a significant bet on manufacturing,” he said. “Many SMB manufacturers still have no  ERP processes to automate their processes and help them compete.

The other three companies within the ECi manufacturing portfolio are ECI M1, JobBOSS and MAX.

“Each has a particular competitive advantage in a specific niche,” Gruenewald said. “They are not horizontal apps that have to be customized. They are purpose-built for customized markets already. We also have a suite of common applications that go across all those platforms – CRM, sales analytics, mobile apps, payment processsing, eCommerce, business intelligence and delivery management.”

ECi was already strong in the job shop market before acquiring Macola, with ECi M1 and JobBOSS, with the latter at the smaller end of the market, but Gruenewald said that Macola expanded this presence.

“The depth of our process manufacturing can also be expanded,” he stated.

Gruenewald also pointed out that ECi’s overall management strategy was very different than Exact had used with its North American assets.

They will do this with a variation of the shared services model.

“Before, each team had their own support organizations, which limited their coverage base,” he said. “Bringing them altogether allowed additional self-serve capabilities and coverage support. Before, we had distinct professional services teams with unique processes. This lets us drive common processes, share resources, and provide eLearning to our customers. Creating a common integration layer set increases the scale and pace with which we can deliver additional value and applications.”

Gruenewald said that handling R&D in this way is the most exciting thing of all.

“Bringing them altogether lets us leverage intellectual property across all four platforms,” he said. “There will be increased resources beyond what we have today. We will be investing investment in R&D to increase throughput, and accelerate the pace of R&D.

This pooling of operational and development resources has the potential for increased synergies, if done well. For Macola partners who have never worked with ECi before, the proof will be in the pudding as far as its effectiveness goes.

“I will have to see it in action,” said Tod Replogle, owner and President at Bonita Springs, FL-based Exceptional Software Solutions, who has been a Macola partner since before Exact acquired them in 2001, and whose company just copped three partner awards this week at EVOLVE, including North American Partner of the Year. “I want to see the model and how it works. If the resources are allocated well, it will be beneficial for all.”

Moving their manufacturing platforms to the cloud is also part of the way that ECI thinks it can create new synergies. Macola has had a hosted cloud option, but not a fully integrated cloud product.

“We are also a cloud company,” Grunewald said. “Four years ago, we were just on-prem, and  we have provided options to migrate them to the cloud. We have been successful on taking all of our products in that direction and we will do that with Macola, to make sure you have the options that you need.”