Rob Salmon, who recently came out of retirement to assume a very senior role with startup secondary storage vendor Cohesity, discusses what his role will be in continuing the company hot growth rate. 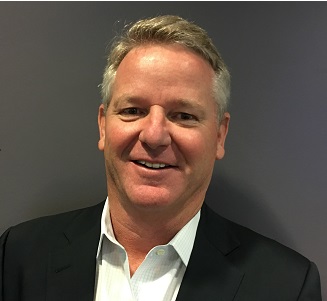 Two weeks ago, hyper-converged secondary storage vendor Cohesity announced that they had enticed former NetApp President Rob Salmon out of retirement. Salmon takes on the role of President – Cohesity’s first – as well as the position of Chief Operating Officer. He recently talked with ChannelBuzz about why he came to the company, where he sees Cohesity headed, and what he intends to do to keep it continuing on its early-stage growth spurt even as it matures and has to measure growth against a larger base.

Salmon’s titular responsibility is to oversee the company’s sales, marketing, and support divisions. He described his mandate more specifically as to help the company scale as it moves from startup to market leader – much as NetApp did when he was there.

“My role is to help scale the company in all facets,” he said. “The vision is rock solid. The product is real. It’s exciting, and customers love it. The key issue is how we go to market successfully as we grow. I have a lot of go-to-market experience. But I was brought in specifically to help Mohit [Aron, Cohesity’s CEO] scale the entire company, and work with the leadership team on doing that.”

Salmon emphasized that Cohesity needs to adjust its strategy as it scales up.

“Great companies start with a great product and vision – but as they grow they need to look at how they bring on new employees and bring them up to speed, maintain their culture, and build on their original momentum. It’s about scaling that thoughtfully. I will help the leadership with strategy and execution across all go-to-market as we scale the business.

Salmon also that even though Cohesity has itself become a target of others in the space – particularly (but not exclusively) from startups younger then itself – it remains an extremely interesting opportunity in a secondary storage market looking for change.

Cohesity’s capabilities have encouraged interest in broader use cases, something Cohesity responded to in their 5.0 release, adding block and file storage capabilities to facilitate the platform’s use for archiving.

“Within secondary storage, there really should be a new category for Web-scale hyperconverged,” Salmon said. “it has dramatically changed the economics of secondary storage with unified capabilities, instead of dispersed categories. This massive change to the financial piece of the equation is what has customers so intrigued.”

Salmon said that while Cohesity remains in a very good situation, there still are potential pitfalls the company needs to avoid.

“We are in a very good position right now,” he said. “Things are very bright. But you have to listen to customers. You have to listen to partners. You have to be inquisitive about what’s going on. You have to make sure you look at the new entrants in the market. Even as we get bigger and bigger, we have to have an eye on potential problems and make sure we solve them. That’s what we did at NetApp, in the initial growth stage, and I was there. Cohesity needs to do the same – make sure any potential problems get solved – both by developing our own solutions and being additive – over time.”

Salmon emphasized that there is no reason to believe that Cohesity’s early stage growth rates cant be sustained.

“It requires opening new markets, and putting new teams on the ground,” he said “We are doing a lot more work in Europe now, and are looking at moving into Asia. We are rolling out new use cases. File services is one – it’s ripe for conversations. We also will better leverage analytics. We want to do more with the data that is sitting there dark. Bringing on new partners is a key part of this, as is evolving the partner ecosystem.”

It all adds up to an extremely exciting situation, Salmon said.

“Cohesity presents a real interesting opportunity in a market looking for change.”