ZeroStack is looking to put its Intelligent Cloud Platform at the centre of the cloud universe, and is actively partnering with other vendors to make it happen. 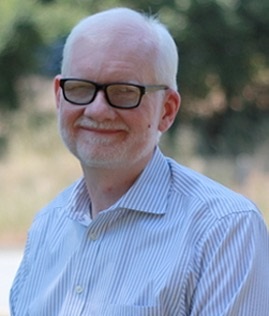 Mountain View CA-based ZeroStack, which makes a Cloud Platform that facilitates simple installation and operation of a scale-out private cloud, has announced a new partnership with software-defined storage vendor Nexenta. The two companies will create a pre-tested, completely automated, and fully supported converged private cloud solution, which will be sold by ZeroStack, Nimble Storage, and their channels.

The new relationship continues ZeroStack’s aggressive partnering with other IT players, which saw it validated last year to go on Dell, HPE and Cisco UCS server hardware. The strategy continued last month with a similar relationship with Nimble. This relationship is somewhat different is ZeroStack’s first partnership with a software vendor, which will integrate with their own platform. The company also has a roadmap for the year ahead that will see it ally with a broad assortment of partners.

“The cloud is now the centre of the universe, and because of that we have been partnering with a lot of compute and storage companies, whether they be software only or appliances,” said Steve Garrison, ZeroStack’s VP of Marketing. “Formal partnerships around software are especially important. In hardware, the IEEE has worked hard on plug and play, but on the software side, people don’t want to have to scratch their heads about whether it works. They don’t want to hear that we have a RESTful API so it will work, even though it will work. So with the partnerships, we are trying to show that we have done a lot of homework around integration. That’s also important for the channel, because the channel likes to be sure things fit. We would like to be in the centre of the universe with our cloud and these partnerships are how we get there.”

“Nexenta was also interesting to us because they have a big OEM business,” Garrison said. “That will be useful to us both in helping us touch end users, and in forming our OEM strategy. Everyone wants to show the channel they can add icing to the cake, and we are trying to accelerate our ability to build a killer channel. Things like this add up and help us there. We are pushing hard on the mid-tier market, which is a segment where people love the idea of machine learning and predictive analytics. We shrinkwrap complexity, which has been our value from Day One.”

ZeroStack’s partnering efforts are likely to accelerate further this year.

“There are multiple areas which are natural adjacencies for us, such as performance management, and additional analytics tools, and you can look for us to expand there,” Garrison said. “There might be additional server companies. There might also be cases of apps that run much faster with us where partnering would be a good idea. All those things will continue to evolve this year.”

These new ZeroStack partners are likely to have one thing in common – they won’t be partnered with Nutanix.

“We are separating our ‘frenemies’ from our enemies in the market, and we find that we get a lot of competitive messages from Nutanix,” Garrison said. “As a result, we look for companies who aren’t partnered with Nutanix.”