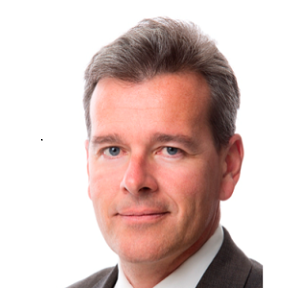 Data protection vendor Arcserve has announced the second generation of its Unified Data Protection Appliance series. The technology upgrade is entirely on the hardware side. However, the lineup has also been consolidated, going from eleven models to four. The top model in the series now moves from 90TB to 240 TB in capacity, allowing Arcserve to target the upper midmarket with its appliances for the first time.

“We have been doing very well with our appliance business, which has been a very successful extension of our product portfolio,” said Christophe Bertrand, Arcserve’s VP Of Product Marketing. The first generation posted a 4,900  per cent  growth in sales over the  past  year.

ArcServe’s UDP software was upgraded earlier this year with its 6.0 release, and these appliances use that software.

“As the software is the same, this is a hardware upgrade,” Bertrand said. “We have really upgraded a lot of the componentry, and now provide a larger capacity system at the top end of the range. The solution is very powerful in terms of dedupe. We can squeeze data onto a smaller storage footprint, which reduces the cost per TB of protected data.”

Another enhancement is that all the appliances in the series can now support virtual standby and instant VMs.

“Previously, we had a V model which had more memory for this functionality, and which had the ability to run instant virtual machines,” Bertrand said, “We don’t have that any more, and instead have extended the capabilities throughout the whole series.”

“The reason we have done this is that our virtual standby is something that all our customers should be taken advantage of, to have that instant recovery capability,” said Erica Antony, Arcserve’s VP of Product Management.

“Before there were 11 models, but reducing the lineup to four base models, with higher flexibility, will make them easier to size and sell,” Antony said.

The goal, as was the case with the software release from earlier this year, is also to make it easier to sell upmarket.

“In the 7000 series, the largest model, the 7600, is a 90TB raw source data environment, which is more the middle of the mid-market,” Bertrand said. “The top model in the 8000 series, the 8400, can go to 240 TB source. That’s quite a jump. The 8400 will allow us to go upmarket, to target the top of the mid-market more aggressively, including the decentralized enterprise.”

The new Arcserve appliance will be available for sale this week, and is scheduled for GA in a month. Bertrand also indicated that field expansion capabilities, including the ability to expand  storage in place  without  changing  systems, will become  available  in  2017. Details will be provided closer to availability.