Microsoft Canada channel chief Jason Brommet laid out what the company sees as the new opportunities in Canada and how recent moves, including the Canadian data centres going live, will help partners succeed. He also indicated that channel resources in Canada are being significantly enhanced. 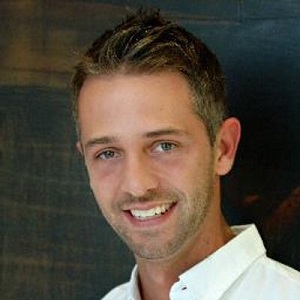 TORONTO – At their Worldwide Partner Conference here this week, Microsoft sounded a constant theme that the company’s universe is changing massively. The company, in turn, is reinventing itself to meet the challenge, with the massive shift to the cloud being core to this. The company’s reshaping of its channel is another such aspect. Microsoft expects that its partners will do the same – reinvent themselves to adjust to the changing reality. Yet Microsoft is also emphasizing its view that this new reality still has many more opportunities than threats.

“Canada is still a land grab opportunity,” said Jason Brommet, Microsoft Canada’s channel chief. “There is still a large market to go after.”

Brommet emphasized that how their partners make money is changing rapidly. Between 15 and 20 per cent of Canadian partners at WPC this year were first-timers, something that in part reflects the increase in non-traditional partners. He referenced Sid Lee, a global marketing agency with multiple Canadian offices, that focuses on reimaging customer experience.

“A company like Sid Lee would never have been a great partner for us in the past,” he said. “How they partnered with Sitecore and Akamai to bring together a solution for Cirque de Soleil is the way of the future.”

The growth of the importance of the Azure platform to Microsoft’s strategy is increasing partners’ importance, becoming what Brommet called his “north star for the channel.”

Microsoft is well aware that they don’t sell Azure.

“We sell solutions that happen to be powered by Azure,” he said. “To do that effectively, we need partners. It’s less about us.”

Brommet said that Microsoft is and has always been a platform company.

“We don’t sell licenses. We sell computing power. Our solutions require connective tissue to make them meaningful, and that’s never going to come from us.”

Brommet acknowledged that for partners not born in the cloud, or who didn’t develop a cloud practice early, moving to the cloud is tough.

“The degree of mergers and acquisitions in the channel now is a consequence of that, because of the issue of getting capital,” he said.

On the other hand, cloud offerings have significantly increased the number of partners in Canada – 50 per cent year-over-year for Office 365, 100 per cent for Dynamics CRM, and 800 per cent for Azure. The going live of Microsoft’s two Canadian data centres should further accelerate the process of partners becoming cloudy.

“Having data centres in Canada takes the last argument out of ‘why not the cloud,’ he said. “A big piece of our go-forward strategies is related to the data centres, especially since we are now also shipping Dynamics CRM with Dynamics AX in preview.”

There will be a number of partners, Brommet admitted, who will never really climb into the cloud.

“Some partners will not move to the cloud and will not embrace it fully,” he said. “This is especially the case where owners are late in life stage, or where they don’t want to hunt for capital to invest. I love all our partners. but the ones willing to invest in moving into the cloud, I love just a little bit more.”

Brommet said that the Canadian data centres have opened up conversations with partners Microsoft would not have had in the past, particularly around open source ecosystems, and competitive ecosystems. They have also brought foreign partners into the Canadian market

“We now have a lot of partners from around the globe playing an increasing role in Canada,” he said. “Power Objects now has a presence in Canada. That one took some time. The Palmetto Group from Florida – we are starting to see them acquire some customers in Canada.”

The entry of outside competitors likely isn’t being received with glee by Canadian partners, but Brommet believes the effects are a positive overall.

“Competition is a good thing,” he said. “It has some negative effects, but it fuels innovation, so I’m OK with that. You have a sliver of agility to differentiate yourselves. In select scenarios Microsoft has gone out to fill in gaps, like with Surface. We think partners can do the same.”

Brommet said Microsoft Canada will be assisting partners here, with the addition of additional channel resources.

“In the 13 years since I’ve been with Microsoft, we will have one of the largest investments, particularly around skilled people,” he said. “Besides selling with partners, this is about building a profitable path to the cloud.”

The new investments will include six partner business development managers, and twelve cloud architects, plus a manager for the lot.

Brommet indicated as well, that in FY 2017, Microsoft Canada will be increasing incents to optimize select investments in high value scenarios.

“Those are in the areas of the market where we need to see more innovation, and frankly we need that,” he said.