AppRiver has announced the availability of unlimited dial-in conferencing to Skype for Business at an affordable rate, as a new optional feature of their Skye for Business service. 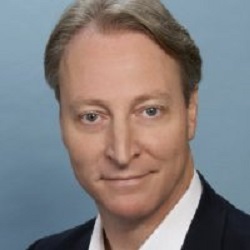 TORONTO – Security-focused email hosting provider AppRiver, a long-time Microsoft partner, has announced that it has adding the ability for its partners to offer a dial-in conferencing option for its Skype for Business service. The new service is important in itself. It is, however, even more important as a reflection of how the company is re-inventing itself so that its offerings continue to be relevant.

Microsoft’s transition of its own business fundamentally affects AppRiver’s as well.

“At this stage in the lifecycle of the CSP program and Microsoft’s transition to being a services company, it impacts the fundamental nature of how we bring new products to market as Appriver,” said Scott Paul, senior director of AppRiver’s Microsoft Alliance. “What powered the first ten years of our growth was where we built our own IP, and created our own cloud. We then morphed it a bit to buy IP from Microsoft in the form of Exchange, and run it in our cloud.”

That model, Paul acknowledged, is seriously imperiled in a world where you can now turn on new product with the push of a button.

“It has challenged us to think differently about how to call a product our own and think out the value of our participation,” he said. “When we built a new security product, everyone knew it was a fit because we were a security company. Now we are confronted with a choice. Do we want to sell things like dial tone and voice services?”

“We could start selling it tomorrow if we decided to, and it’s so easy to get our hands on,” he said. “We have to ask questions about whether it belongs in our stack because the question becomes – can we do it phenomenally? Doing things phenomenally is our brand.”

“In order to avoid becoming a fractured tiny distributor, we need to be able to ‘AppRiverize’ all of that into a great customer experience, and one that that will be priced attractive for the market and will be attractive to partners,” he said.

The answer is to fundamentally transform how the company operates.

“We have integrated the product management function with development and marketing in a way we never have before, and in a way very few companies our size do,” he said. “We have started spending money on the inward-facing stuff. We are taking highly qualified people and giving them latitude and authority around any new solution. There is a level of sophistication around research and analytics and commercial modelling that we never did before. We have gone from doing things because ‘it feels right’ to a new level of enterprise rigor around new product development.”

Paul said that Microsoft’s partners all need to go through this same process to rethink and reaffirm their value as Microsoft changes its own business model.

“There’s not a partner in the ecosystem that doesn’t have to do some degree of reinventing itself to avoid being disrupted, from the smallest MSP to the largest distributor,” he said. “As Microsoft is transforming, every partner Microsoft has will have to completely transform.”

Adding the dial-in conferencing at a rock bottom price, and specifically only for those customers who need it, adds new value to AppRiver’s multiple Office 365 and hosted Exchange plans.

Paul said that AppRiver still has work to do here to optimize their success rate.

“We have the services around voice, and Microsoft has the brand to make it very impactful in the Microsoft cloud. What’s missing for us right now is a very clear detailed picture of how partners deliver those services and who those channel partners are. We have to speak their language and deliver what they care about.”

Paul indicated that other major changes are on the way.

“We are demoing at our booth here [637] the final release of our second generation business platform, Nautical, that has taken more than four years to develop,” he said. “We have the tools to grow our cloud stack in a massive way and scale our partner program. We can go to ConnectWise in the fall as a new brand in their ecosystem. They have tens of thousands who were beyond our brand because we were not in their ecosystem. It is the single biggest investment we have ever made in anything and is the main vehicle in our transformation.”