CloudJumper thinks its option of a concurrent user licensing model will be particularly popular in larger enterprise accounts, because rather than a license for each named user, it requires only licenses for the maximum number using the offering at the same time. 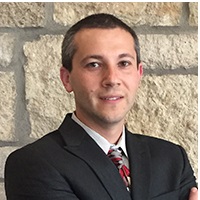 Today, Workspace as a service (WaaS) platform provider CloudJumper has announced its spinoff from nGenx. Its hosted workspace offering, CloudJumper nWorkspace, will be sold with what the company believes to be a unique concurrent user licensing model for hosted workspaces.

The decision to spin the company off came about because Workspace-as-a-service had become by far the fastest growing part of nGenx’s business, and because nGenx, which has been in existence for 16 years and has multiple legacy cloud service offerings, was no longer seen as the best fit for this particular segment.

“nGenx was a pioneer of cloud computing, and among its legacy service offerings they had multiple WaaS offerings, initially off the Citrix platform,” said Max Pruger, CloudJumper’s Chief Sales Officer, who has come over from nGenx, where he had the same role. “At the beginning of 2015, we added the services offerings of Independence IT, a Citrix competitor who decided to focus exclusively on WaaS software, to what was then our fourth generation WaaS offering. We have been seeing a vast amount of growth in WaaS, and we thought it made more sense to set up that segment as a separate company while nGenx would focus on their legacy businesses.”

That decision was made easier by the fact that while nGenx sells entirely through channel partners, their traditional channel was composed primarily of telco agents, not the MSPs who are attracted to WaaS offerings.

“By creating CloudJumper as a startup, we do lose the brand equity from nGenx, but for WaaS, that wasn’t a major factor,” Pruger said. “The brand equity was in the telco agent space. WaaS’s primary growth is coming from a channel that couldn’t spell our name, or even pronounce it.” Sometimes they were called ‘Nexgen’ as well.

The transition to the new company was an easy one because both nGenx and CloudJumper are owned by the same holding company, Q-Comm. The employees who moved to CloudJumper essentially get new business cards, but have the same paymaster as before.

CloudJumper’s core offering is nWorkspace, a fully packaged WaaS platform which includes software, infrastructure, services, and support. What CloudJumper thinks will really differentiate it from competitor offerings though is a concurrent user licensing option.

“We are the first company in this space with a concurrent user model, which we believe will be more attractive for larger companies,” Pruger said. “It has us in front of some very large enterprise organizations.”

While CloudJumper also offers named user model licensing, it believes the flexibility of the concurrent user model is ideally suited to WaaS delivery. It involves virtualizing or “floating” a fixed number of licenses across the network, rather than device-specific license allocation. In this model, a CloudJumper license server administers a pool of licenses to be shared with fees based on the maximum number of devices that can access the platform simultaneously, so that instead of licenses being required for all employees, they will be needed only to serve the maximum number of employees who will be using them at any given time.

“We also have an elegant failover to inform if all licenses have been used, rather than a hard crash or hard error message,” Pruger said.

Additional offerings will be coming as well.

“One big thing in the last year we have focused on is Big Data and mining all the data in the cloud environment,” Pruger stated. “We spent the last year building out our data warehouse. and will be making business analytics-as-a-service available.

Pruger also said that they are further automating things on the back end to make the customer onboarding experience as seamless as possible.

“It’s a couple clicks and a half hour to get the customer live, and that’s mainly the data transfer,” he said.

All of nGenx’s partners selling WaaS can just move over to CloudJumper and sell it, but CloudJumper is also planning on significantly expanding the number of partners.

“We are spinning up two new data centres in the next month,” he said. “We have signed our first combo data centre/distributor, which will add several hundred more partners. We have also signed a very large ISV. We are expanding both our white label and agency channels.”