CloudBerry, which works mainly through MSPs and backs customers up to their choice of public cloud, will initially only have Mac and Linux backup for Amazon S3, but that will be expanded in later releases. 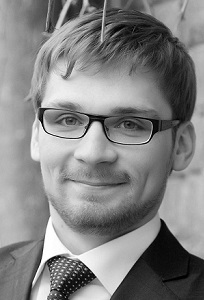 CloudBerry, which has been in business since 2008, started out with CloudBerry Explorer, a freeware file manager product which they still offer, and a year later came up with CloudBerry Backup, which is now their flagship product.

“What differentiates us in a crowded market is that we offer customers the ability to choose the storage for their data,” said Alexander Negrash, CloudBerry’s Marketing Director. “We don’t actually resell the storage. We help customers with the technology to back up to cloud storage of their choice.” CloudBerry solutions are designed to work with all major cloud storage vendors, including: Amazon Web Services, Microsoft Azure, Google Cloud Storage, Glacier, OpenStack, Google Drive and a host of others.

Their sweet spot is the lower end of the SMB space.

“Organizations with 10-100 people are our main target,” Negrash said.

While CloudBerry has a few partners who are not MSPs, MSPs are the core of their business model.

“CloudBerry Managed Backup is designed for service providers and MSPs,” Negrash said. “It allows them to rebrand the software with their own logos, and provide links to websites. Unlike the standalone product, it also comes with a web console for management, which lets them both remotely assist customers in initial backup setup, and then provide ongoing support. Some enterprise companies consider it solely because of these management capabilities.”

Initially, CloudBerry only provided a Windows version of the product, but partners who needed broader OS support asked them to expand this.

“We started to develop support for Mac and Linux over a year ago, and we went to a beta in 2014 for a limited number of service providers,” Negrash said. “After we made some enhancements, fixes and did some more development, we are now ready to share the public version of the product.”

The new Mac and Linux support includes file level backup and restore scheduling, with daily, weekly, and monthly backups or to a custom schedule. Backups are encrypted to 256-bit strong keys on source side, and data sent to the cloud is also encrypted using the SSL protocols to protect it in transit. Compression is optional, and restoration is quick, can be done to any device, and allows back up to any previous version of a file, not just the latest one.

Deduplication support is available today for end users, but the solution, CloudBerry Dedup Server, is not yet ready for service providers, on Windows as well as Mac and Linux.

“CloudBerry Dedup Server needs to be involved on a server inside the LAN, and then all other servers are pointed towards it, Negrash said. “We are planning to make it available for MSPs soon, to reduce their storage costs.”