A reseller agreement announced last fall with HP led Scality to greatly simplify their software installation, which had previously required Scality to be involved because of the complexity. 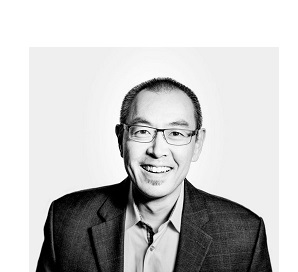 Software-defined storage vendor Scality’s version 5.0 of its RING software has reached general availability. It was originally announced last year at VMworld, but since then Scality has made two further enhancements based on customer feedback. They have made installation much simpler and quicker, which will make independent channel installs possible. They have also significantly enhanced their Windows support.

Scality has been around since 2009, making petabyte-scale, software-defined storage targeted mainly at large enterprises and service providers, although they have also grown a substantial presence in companies with massive file sizes and performance requirements in verticals like media and entertainment, and oil and gas. RING is multi-tenant, multi-application, and multi-workload, so meets these demands well. It also supports file, object, and block protocols in a single storage pool, including persistent block VM storage. RING 5.0 performance matches Amazon EBS at 200 IOPS per VM, with bursting capabilities of 3,000 IOPS per VM, and scales out linearly to hundreds of thousands of VMs.

When it was first announced last year, Scality emphasized that RING 5.0 introduced the ability to support VM storage, and also improved automation of deployment, installation, and management with support of standard DevOps tools and a redesigned GUI. This included support of OpenStack Cinder to programmatically provision Scality VM storage.

“We then went into limited release with our existing customers, and we discovered some additional things we wanted to add,” said Leo Leung, Scality’s ‎Vice President of Corporate Marketing. “A lot of this release ultimately is related to what we have been learning from our customers in the field.”

As a result, Leung said the biggest part of 5.0 is now the much improved installation and configuration. While previously, both were rather complex, new user interface driven capabilities now enable fast “point-and-click” style configuration to enable resources to be easy provisioned, while RING 5.0’s new Central Installation Platform uses an open source agent-driven framework to enable fast, 15-minute installation of all required RING components.

“What we’ve done here is taken a highly distributed system which used to require us being involved in an installation, and required Linux knowledge to a much simpler system which has gone from hours to minutes to do,” Leung said. “We used to have to go to each server to do the installation, and now installer technology makes this unnecessary.”

Leung said this was critically important because of a reseller agreement Scality announced last October with HP.

“This was a big piece of news for us because they have a massive presence in the market, with the HP server group, which means that we went from 110 people to leveraging a couple of thousand of people globally,” he said. “Customers will see our brand, but they purchase from HP, which is a big deal for us.”

The installation changes mean that Scality will not have to be involved in installing these HP sales, something they didn’t have the bandwidth to do in any event.

“This enables people other than us to install RING, and will enable HP and its VARs to go to market much more effectively,” Leung said. “That’s a big deal and it’s really all about the channel. RING was designed for large customers, and it’s a complex product, so simplifying it to this level was a major effort.”

The other major new enhancement is improved access from Microsoft Windows clients and servers through the integration of a native SMB Connector.

“Our environment is Linux, but as we deployed further into the enterprise, many applications and servers are Windows based, even though the majority are Linux,” Leung said. “It’s the applications the customers have that want to connect with us that will benefit from this. Originally, we had Windows support for SMB 2.0, but now we have added additional security and SMB 3.0 support.”

Leung said they will continue enhancing support for Windows in subsequent releases.

“We don’t see their presence changing, and if anything, Microsoft might take some share given their investments in the enterprise,” he said.

“We have gained a large number of media and entertainment companies, which has become a very significant market for us,” Leung said. “Given that they deal with very large files, and can have over a million simultaneous viewers with streaming, we enhanced our ability to serve the peak load of simultaneous stream by tuning the components. This is the future of TV – on demand – and this will be a big year for that, so we had to support that.”

Data protection on very large files has also been enhanced by the speed increases.

“Demand for this has also been driven by customer needs, mainly in media and entertainment, but also oil and gas and other areas with very big files,” Leung said. “This lets us do data protection at very low overhead, going from 300 per cent with replication down to about 50 per cent. They’ve never had that in media before. They’ve had to have 2-3x redundancy to protect their data. The savings are massive with something like a video on demand catalogue, which has hundreds of petabytes of data.”

Scality RING 5.0 is available for download now from their customer portal.