The email and network security provider company has over 100 partners in Canada, a tenth of whom joined in the past year. 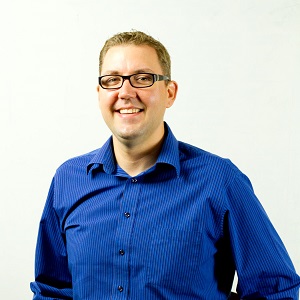 Gulf Breeze FLA-based email and network security provider AppRiver saw their channel business in 2014 finally surpass their direct sales. They have a healthy presence in Canada, and are looking to grow it further.

AppRiver was founded in 2002 as a Web-based security provider from the start. Their first product was an anti-virus and anti-spam filter called SecureTide, which remains their flagship product today.

“The bulk of our customer conversations still surround email, with SecureTide and our Secure Hosted Exchange platform, and that is what our business is still built around,” said Justin Gilbert, AppRiver’s channel manager. “Our Office365 business has upticked the last couple of years, and last year alone it grew 350 per cent in terms of partners engaged on it. Partners were hesitant about it at first because it was new, but now we don’t have to drive these conversations. We will build out that Office365 relationship more this year.”

AppRiver started out catering to the S part of the SMB sector, and despite its growth over the years, that hasn’t really changed, Gilbert said.

“It’s still our sweet spot,” he said. A large percentage of our competitors have found it hard to capture this business, but we have been able to refine our model of supporting this market and improving it. It’s where we built our business, and I don’t see that going away, even though we do have some larger clients. The small business community and the partners who support them have a demand for a company like us.”

Mississauga ON-based Computer Master, a long-established network solution provider, with both on-premise and managed services practices, is one of AppRiver’s top Canadian partners. They are a fairly small business themselves, with seven full time techs and 15-20 subcontractors, and their customer base is 100 per cent small businesses.

“We started with their spam and virus filter, which we have white labelled, and we now have thousands on it,” said Brian Pembleton, Computer Master’s General Manager. “We have had tremendous success with it, and think it’s the best one ever. From there, we went into hosted Exchange and email archiving. We use their Office365, but don’t have a whole bunch of customers on it.”

Pembleton said that AppRiver’s offerings are more effective than other products they used in the past.

“The other ones failed, and we would be spammed up with spam,” he said. “Back then, email was lesser used but just as important for those who used it. We would get two day stoppages before we used them, and we lost 50 per cent of our business because of that.”

AppRiver always had a hybrid go-to-market model – Gilbert said their very first client was sold through a partner – but last year finally saw the channel business pass the direct.

“It has been fairly neck and neck. But last year the channel surpassed the amount we get from our retail side,” Gilbert said.

Globally, AppRiver has about 2500 partners, with just over 100 of those being in Canada.

AppRiver is not overdistributed in Canada, despite the number of partners.

“We have only encountered one other solution provider selling them, and that was seven years ago,” said Computer Master’s Pembleton.

Pembleton also said that they haven’t run into AppRiver’s direct force as competition on deals.

“When we started with them they were mainly direct, but we have never crossed paths with their direct sales,” he said.

Gilbert said the direct sales does its best to avoid conflict with the channel.

“We are very protective of our partners, and allow them to claim leads and prospects,” he said. “In our offices, our retail side sits five feet from the channel side. They aren’t disconnected like in some companies.”

Gilbert emphasized that this is a part of the company’s culture.

“Phenomenal Care can be seen as lip service, but we do mean it,” he said. “We treat our own employees a specific way, and we go above and beyond with every call and every partner, no matter how small they are. Our channel reps are more geared to highly technical knowledge than most, and can answer about 90 per cent of technical questions without having to hand off. The result is you get a partner community that talks to other partners about us, when they are often closed-mouthed about who they work with. We have great prices and great margins, but the Phenomenal Care is the real differentiator.”

“They call it phenomenal service and we haven’t seen better,” he said. “They are always competent and responsive.”

AppRiver has responded to partner requests for more training through both its own AppRiver University, and certifications through CompTIA through a partnership between the two organizations.

“We have started to refine our partner profiling, trying to look more into what partners need, what services they make money with.” Gilbert said. “The CompTIA relationship sprang from questions like that, partner pain points, where they said they needed more certifications beyond us.”

AppRiver is also in the process of improving and consolidating its partner portals.

“Internally, we are restructuring the portals,” Gilbert said. “All our partners have multiple vendors. We know we aren’t their only one. So they get portal fatigue, and we are trying to do something to fix that problem. In the next year, we want to get them to one centralized portal for all their business with us.”

AppRiver has also started a Lunch and Learn series for partners.

“That’s us coming out into the field, giving partners training sessions,” Gilbert said. “CompTIA will be on some of those events with us. They are designed to give partners more in-depth training where they can sit down and talk with us.”

Computer Master’s Pembleton has a suggestion for further assistance for partners.

“Leads!” he said. “We would definitely like more Canadian leads from them.”