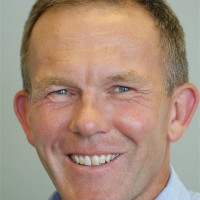 Quartet Service is looking to expand its Office 365 business with the acquisition of fellow Toronto-based MSP En Vogue Computers.

En Vogue is a five-year-old organization that has specialized in Microsoft’s hosted applications platform, and Rob Bracey, president of Quartet, said purchasing the company will help his company expand its own Office 365 business, both in terms of depth and breadth.

“They’ve been working with clients to take Office 365 a step beyond e-mail and Exchange, building up expertise around document management and starting into CRM,” Bracey said of the deal. “We think this is a pretty hot sector, and we really like what they’re doing.”

Bracey described the deal as “doubling down” on Microsoft’s hosted applications, which is already a substantial business for the solution provider. Quartet has been a Microsoft hosted partner since the early days of Business Productivity Online Suite (BPOS), and has found success with Office 365, including plans to introduce new products and services based on the Microsoft online platform in the near future, Bracey hinted. He said that since the tough sledding of the early days of BPOS, Office 365 has matured into a product that a solution provider can build a successful practice around.

“Many are finding Office 365 the fist step to getting many of their clients going, and that hasn’t always been the case,” he said.

Two of En Vogue’s four employees, including president Norman Di Pasquale, have joined Quartet, as have a number of En Vogue customers. The company worked with a variety of organizations, although hard particular strength around legal clients, accounting for about 30 per cent of their customer base, Bracey said. In what he described as an amicable parting of ways, the two En Vogue employees not transitioning to Quartet will continue to provide support and service to the former En Vogue clients not picked up by Quartet. Bracey said that those clients were not picked up because they weren’t a good fit with Quartet’s business model.

The acquisition, which is between two privately held companies, was closed in mid-January, but was not discussed publicly until this week as the two companies presented their newly-combined value proposition to clients. It’s a deal between longtime friends – Bracey said he has known Di Pasquale for years, and in a press release announcing the deal, Di Pasquale described Quartet as “the only firm I would ever consider joining.”

Quartet is no stranger to growth by acquisition, having signed a number of deals, including the acquisition of KLM Solutions three years ago. And Bracey hinted En Vogue wouldn’t be the company’s last acquisition, saying there’s a company “we’ve been flirting with for years,” and with whom it was time to get serious.

“We’re going to do it again,” he predicted.