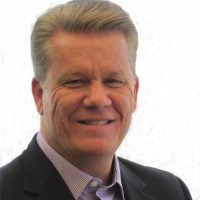 TP-Link has spent much of this year building up its presence in Canada and expanding its distribution network with a focus on the SOHO and small business user. But with a new introduction, the company’s first L3 managed switch product, the company has its eye on the midmarket networking market as well.

The company has introduced the JetStream 28-Port L# managed switch, a 28-port stackable Gigabit switch. The product is aimed at the 100-250 seat space, said Mark Macaulay, director of sales for TP-Link Canada. Although a core switch for that space is new, TP-Link does have some traction in that market size with adjacent products, he said.

“We’re moving up al little in the world,” Macaulay said. “We think that with the success we’ve had in unmanaged Power-over-Ethernet switches and outdoor wireless, the marketplace is open to and interested in alternatives.

The JetStream supports stacking up to eight units for larger environments, and includes 24 Gigabit ports, four combo Gigabit SFP and four 10 Gbps SFP+ ports. The switch boasts bandwidth control and multicast as well as tight security through Layer 2 to Layer 4 access control lists. As it does elsewhere, TP-Link will compete in this space on price performance, Macaulay said, and like many networking challengers, it suggests it’s ready to provide an alternative to the incumbent – or perhaps to a newcomer to the space like TP-Link, the incumbents. That challenger mentality is resonating with the company’s partners, Macaulay said.

“A lot of the folks we deal with are looking for alternatives, and they’re giving us a look,” he said. “It doesn’t mean they’re switch to us, but they’re open minded about it.”

The company’s channel approach for this new product will be a mix of new and familiar faces. While much of its channel efforts have been around the SOHO market, it also has some niche and vertical resellers on board for whom the JetStream will be a good fit. Macaulay said the company will also look to court additional partners in the more traditional midsize business networking VAR market with whom it has not engaged in the past.

The company aims to ship demo units to channel partners early in January, and then have inventory later that month. Training materials will also be made available to partners by early next month. Macaulay said the plan is to spend much of January getting partners comfortable with the new product and up to speed with its capabilities, then ramp from there. The JetStream will be available through all TP-Link’s distribution partners. The switch lineup starts at an MSRP of $2,000.