Malwarebytes launched a new program for MSPs, the first of what will be a three stage program, MP3, that is global in scale and will also have reseller and technician components that will roll out by summer. 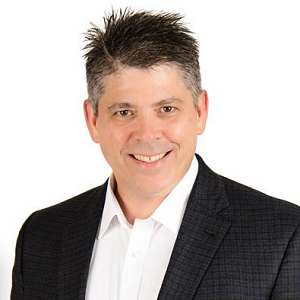 A year ago, at the RSA Conference, security vendor Malwarebytes launched a new partner program specifically designed for their MSP partners. This week at RSA, Malwarebytes launched another program, specifically designed for their MSP partners. As might be surmised from the fact that the first program was replaced, the second program is very different from the first. It contains several components which the first program had promised, but not delivered. It also is guided by a fundamentally different set of goals and principles based on partner feedback to last year’s venture.

“It is fundamentally a different program,” said Mike LaPeters, who joined Malwarebytes last July in the newly-created role of vice president of worldwide MSP and channel operations. “Last year’s program was more of a placeholder route to market.”

“We have done amazing things from a technology perspective to the console, which were largely driven by the partners themselves,” he said. “We needed to make some serious updates there to get some of the top partners to work with us.”

LaPeters had said the reporting capability in OneView used to be significantly limited.

“We have expanded the scope of what we allow them to report on, and have added scheduling and white labelling and an executive summary which drops the partner’s logo into the report and sends it to the client to show what they did for them last month,” he said.

“We have also made life easier with policies for managing their customer base, with the ability to take policies built for clients and turn them into standard global policies and apply them to as many customers as they want. Previously, this all had to be done manually. If they had 20 customers, they had to set 20 policies.”

Other technology management changes include the launch of Global Command Execution, the ability to apply actions across any number of environments, from top-level to subgroups, and the publishing of APIs to better engage with third-party technologies through Malwarebytes’ Nebula platform.

“Look for connectors to the major RMM and PSA tools that MSPs use in the near future,” LaPeters said.

The program itself has a fundamental difference in philosophy, which is the second major change. The program introduced a year ago was intended to evolve to a multi-tier one which rewarded the most committed partners, but it never actually happened, so that in reality the program was simply a flat one – not the most appropriate for a channel of a couple thousand partners.

“We were looking at a multiple tier program – but we didn’t get there,” LaPeters said. “Partners told us that if they invested in us, they wanted to be rewarded for that. So with this program, we built in financial rewards and programmatic benefits. In the old program for example, bringing in new customers didn’t impact pricing or benefits.” The new program is a tiered one, with three metallic tiers.

The third major change is a much deeper focus on training, which LaPeters believes partners will find to be extremely innovative.

“Our approach here is novel,” he said. “You have many MSPs running blindly into security but not spending as much time as they should on educating their internal teams. We are investing to help them do that. At the Silver level we give them a training certificate [with a value of $5000]  to let them get trained in one of multiple specialties. There are two certificates for Gold, and three for Platinum. These are for one individual, but they get new ones each year. The only restriction is that they have to be in the program for three months to get the training.”

The training is really the highlight on the programmatic side, with the other benefits, like MDF, business planning and dedicated phone lines falling into the category of table stakes in a modern partner program.

“Programmatically, training is the big one,” LaPeters stated.

The last major set of changes are to pricing and licensing.

“We have put together a pricing structure that is easy to consume and understand,” LaPeters said. “The old one had 13 bands based on seat count, and every new client had to be fit into these bands. Now we have standard tier-based pricing. It’s a lot easier to understand, so the partners can build profitable models.”

Usage-based billing, which was supposed to be imminent when the program rolled out last year, but which was never actually implemented, is here out of the gate.

“Before, we upfronted subscription-based licensing, which was too complex for MSPs,” LaPeters said. “Now we have true usage-based billing, which is shipping now.”

Finally, LaPeters emphasized that this new MSP program is the first component of a new MP3 Premier Partner Program which will encompass all partner types.

“MP3 is the umbrella program, which will encompass MSP, reseller, and technician specialties,” he said. “This is where we are going. In two months, we are overhauling the reseller component and the technician one a month behind that. We will then have three radically overhauled global programs. Before, there were different programs in each geographic region.”

“if we don’t double the number of partners over the next year, we will have missed a huge opportunity,” he said.