Xirrus’s new deployment at San Francisco’s Moscone Center is based on their legacy technology before last year’s acquisition by Cambium, but going forward, the company has ambitious plans for joint integrations. 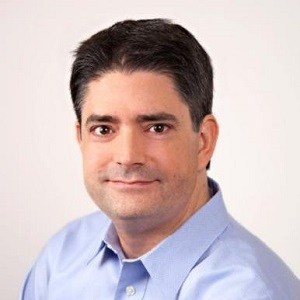 Xirrus will not be displaying at this week’s RSA event at the Moscone Center in San Francisco. But they will be in attendance nonetheless, in a manner of speaking. The WiFi vendor, which was acquired by Cambium Networks last summer, just completed a fresh of their deployment at the Moscone. And while this one was all their technology, the plan is for a deep integration with the Cambium portfolio that will see the Xirrus technology extended into new markets.

Its been an eventful few years for Xirrus. The enterprise vendor was first acquired in 2016, by Riverbed, in one of those moves that seemed to make a great deal of sense at the time, but was undermined by subsequent market pressures.

“Before our 2016 acquisition by Riverbed, Xirrus had been built up as a best of breed provider,” said Bruce Miller, Cambium Networks’ Vice President of Enterprise Marketing, who had basically the same role in pre-acquisition Xirrus as well as at Riverbed. “We believed we needed to partner with someone to expand, however, because we were running up against vendors with a broader range of solutions than us. So it was a proactive reach out on our side. Becoming part of Riverbed was about marrying their SD-WAN with our SD-LAN, and it filled a need on both our parts.”

Things didn’t work out as planned.

“Post-acquisition things were moving along and we were excited about the direction of things – but then Riverbed themselves pivoted,” Miller indicated. “Because they were having issues with the WAN optimization business, they pivoted strategically into performance management and visibility solutions. We were one of a number of divestitures that resulted from this change in strategy.”

As a result, to avoid being in the same position as before the Riverbed acquisition, Xirrus looked for another partner moving forward.

“With Cambium, this is coming back to our roots,” Miller said. We augment and expand Cambium’s product line.”

Miller stressed that the complementary fit between the Xirrus and the Cambium portfolios is a good one.

“We have wireless products that are targeted from the midmarket to larger enterprises,” Miller stated. “Their WiFi was SMB. One challenge at Xirrus though was that we didn’t have products for the value-priced part of the wireless market. Another was that we didn’t have a robust outdoor solution. That’s exactly what Cambium has. They weren’t competing in the enterprise. But they have products that can provide a couple hundred kilometres in terms of distance, which we can use in integrating the solutions together so that it’s managing everything from one place.”

“It’s almost the size of a stadium, which is typically 600-800 in number,” Miller said. “Compared to the original deployment there are a lot more devices. Back then, you didn’t put wireless in bathrooms, or on escalators. Now it’s expected everywhere.”

Going forward, however, a much deeper integration between Cambium and its new Xirrus asset is central to the company’s strategy.

“Over the past months, the focus has been on bringing the large install base into Cambium,” Miller said. “Cambium has the widest portfolio of wireless solutions in the industry, which covers the holes in our own portfolio.  As we look at refreshes, we will have a converged Cambium platform. The plan is for that to happen over a period of time. The ultimate goal is to create an end-to-end wireless solution set that extends from two metres to 200 kilometres.”

Miller emphasized that this will create a strong play for the original Xirrus channel partners.

“There were some previous channel synergies and overlap between Cambium and Xirrus, but it wasn’t pervasive,” he said.  “Many partners were unique to either. Going forward, we will jointly extend the reach. We have partners who are very excited in picking up their line of products, and partners have already been selling them. This is especially the case with their cnPilot products, because they are a better fit for SMB.”