AWS-focused CloudRanger only sold direct before their acquisition, but now sell through Druva partners as well, and believes the changes will increase partners’ ability to sell to larger customers. 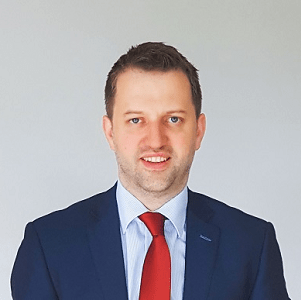 LAS VEGAS – Cloud data protection vendor Druva is announcing major enhancements to their AWS-focused Druva CloudRanger SaaS offering. The changes reflect CloudRanger’s move into larger deployments since the acquisition, and are designed to improve large enterprises’ ability to manage their AWS assets with the product. The enhancements include improvements around Amazon S3 management, archiving within Amazon EBS, and new global policies for AWS accounts that enable more granular management.

Druva acquired CloudRanger in 2018 to add an AWS-dedicated offering to their portfolio. While CloudRanger was part of Druva at last year’s Re:Invent, there has been a lot of change since then.

“Things have changed in a very positive way,” said David Gildea, VP of product for CloudRanger, who was CloudRanger’s founder and CEO. “Last year’s announcements were made in the first six months since the acquisition, and we were working with Druva along the same strategic lines. Now we have now been doing more advanced planning, and better aligning with other Druva services. This has significantly helped us go to market. We now have the capacity to start working with channels, which we did not do before the acquisition. Many companies were comfortable buying SaaS direct, and when we started, the channel wasn’t selling a lot of SaaS. That working with the channel is a really major change with how we are going to market compared to last year.”

The CloudRanger target market has also changed now that the company is part of Druva.

That move upmarket is reflected in the product enhancements being announced at AWS, which are aimed at improving management in these larger use cases.

“These changes are all about helping enterprises manage upscale,” Gildea said. “They reflect the fact that we are now handling far, far bigger estates. We have gone from hundreds of servers to thousands and tens of thousands.”

The enhancements start with Amazon S3 backup, and the new ability to set granular version control with backup policies for much larger Amazon S3 buckets, which span regions and accounts within AWS.

“S3 comes up in half of customer conversations,” Gildea indicated. “The issue is that with hundreds of thousands of S3 buckets, managing it is difficult. They can now take snapshots of buckets, using core components AWS already makes available. This is packaged together with a policy-based approach to management across accounts and regions that increases the ability to scale.”

These S3 changes are very much focused on governance and use cases.

“There are concerns that people inside organizations have the ability to delete all the data,” Gildea said. “This lets them impose strict access controls to keep the fox out of the henhouse and make one person not have access to everything. It’s  very much a large enterprise use case.”

“This snapshot archiving for EBS is brand new, and is very much a cost reduction play,” Gildea indicated. “Where it fits in is part of standard bucket policies. We allow you to take data out of snapshots and archive it to any of the tiers, including allowing different ones to go to different clouds.”

Gildea stressed that this enhancement required a significant development effort to make it work for large customers.

“It is an entirely serverless and completely SaaS-based approach, and has been  thoroughly tested to make sure it works at scale,” he said.

Changes have also been made to global data management policies to improve ease of management for larger enterprises. Previously, CloudRanger had been account-based, but that became problematic if the accounts became very large or customers had large numbers of accounts.

“A key theme here is also how AWS is encouraging companies to use accounts,” Gildea said. “They typically start off with one account, but now tend to split into more and more accounts, like for DevTest. Now CloudRanger can do more than just an individual account-based approach. We worked with the professional services team at AWS to ensure that customers with 4000 accounts don’t have to have one blanket policy that they apply to everything. You need a very sophisticated infrastructure to handle that at scale. We can stretch that in a way that you can’t with a server-based backup product.”

Now, with new policy selectors, users can include or exclude instances into backup policies by ID, Tag, AWS Account, AWS Organization, VPC, Subnet or Region, to unify policies across accounts, and make them easier for large enterprises to manage.

Gildea said the enhancements to the product will make it much easier for channel partners to take to market in the enterprise.

“The new enterprise scale, combined with its being entirely SaaS, means that we can deploy to hundreds of accounts with global policies in 5 to 10 minutes with global policy,” he stressed. “That makes it incredibly easy for channel to demo and sell.”