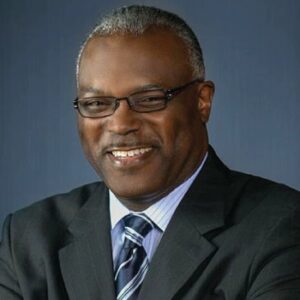 Ken McCray, head of channel sales and operations for the Americas at McAfee

McAfee is almost ready to press “unpause” on its global partner program. For most of the last year, the company has been without a formal partner program, having placed the current program “on hiatus” because it needed modernization.

But the company will open the new year with a new partner program, dubbed MPact, that aligns with the company’s new priorities, and brings with it new certifications and a new training curriculum. Partners were still benefiting from the program — and still are even with it on hiatus, said Ken McCray, head of Americas channel sales and operations at McAfee. But the program, he said, “was stagnant.”

That was especially true when it came to up-to-date training and certifications, which made it hard for partners to keep up and led to delays in sales and go-to-market. The company has expanded in new directions over the last few years, with an increasing focus on cloud. But available resources for partners hadn’t kept up.

“We were asking partners to be certified on old technology,” McCray said of the old program.

A new partner portal will launch at the same time as the new partner program, McCray said. That site will host all of the company’s training material and will be updated on a quarterly basis as the cybersecurity industry in general and McAfee, in particular, continues to evolve. Partners who do quarterly training will get credit for that in the new program, encouraging partners to stay up-to-date.

As one would expect, the curriculum will focus heavily on McAfee’s newer and higher-growth opportunities, including its cloud authentication and security wares, Endpoint Detection and Response (EDR), and the newly-launched MVision Insight, which aims to make more and deeper data available to security professionals.

“In the past, we weren’t really good at publishing the training schedule,” he said. “We’ll lay out all the virtual and in-person training opportunities quarterly for 12 months so partners can do a lot more planning in terms of where they want to align.”

Certifications will be updated in the latter half of next year after the training curriculum is released and partners have the opportunity to choose their focus areas and get their people trained.

“Phase one is getting the program out, getting the training out there, and in the second half of the year, the certifications will follow,” McCray said.

The program will remain familiar in overall structure, training Registered, Gold, and Platinum tiers, although McCray said they were working on “refining” the benefits of the program, with Platinum partners, in particular, seeing more from the company, although particulars have not yet been made public.

During the hiatus, McCray said partners retained the status they had previously had — and those whose revenues with McAfee moved up a level in the company’s three-tier program were promoted.

Separate from the program launch, McCray said the company has been busy refining its distribution strategy, leaning more than ever on distributors to help support more of its partners. The natural shift is that distribution more closely manages the long tail of smaller partners, but McCray said as much as size, the refocusing is about the partner’s focus.

“If the strategy isn’t right for where we’re going, we’ve had to say that’s where we need our distributors to handle those partners,” McCray said. “But you don’t want to give distribution partners where they’re not going to be successful, or else you’re having a whole different conversation at your next QBR. We really are trying to make sure that at every level, we have coverage so our teams are successful.”

At the same time, McCray faces the challenge many channel chiefs have as their company expands into new products and markets — getting partners entrenched on one product to look across the portfolio and sell more of the offerings, particularly in areas “new” to the company. In McAfee’s case, this includes new home-built technologies in the MVision portfolio but also includes technology like the cloud access security broker technology acquired with Sky High Networks. That has meant new carrots for partners who go in those directions. McCray said the most successful tactic has been expanding the company’s rebate program to include selling new products to existing customers as expansion, meaning partners get the same rewards for selling new solutions to existing customers as they do selling to new customers.