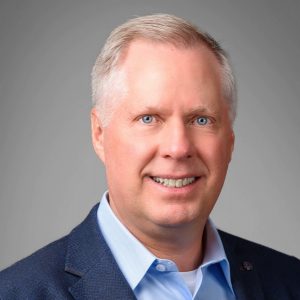 For most of the first decade of its existence, D&H Canada’s annual Technology Show near its headquarters in Toronto’s western suburbs was, in the word of then-general manager Greg Tobin “a good old-fashioned selling show,” with a heavy focus on show-only deals and other elements that one would probably label as primarily transactional.

But this year’s event, held recently at the Mississauga Convention Centre, looked quite different — organized into “zones” of high-growth opportunities and with much more focus on education — seminars by vendors included Microsoft helping VARs prepare for the looming Windows 7 end-of-support deadline.

The show floor featured zones devoted to important solutions areas for the company’s SMB-focused VARs, including audio-visual and security, and one area that might seem like a bit of a long shot but might be more of a look into the company’s future — eSports.

Roy Rivers, vice president of sales for D&H Canada, said the company’s product focus is still working — the company reported 29 percent growth in its all-important VAR business in both the last fiscal year and last fiscal quarter — but that message is evolving

“We’re looking at more of a solutions focus, and the show floor reflects that,” Rivers said.

Chris Ralston, the distributor’s director of vendor management, said that solutions focus — both at the event and in the broader business — reflect new demands from the company’s VAR customers, who today want more from a distribution event than “to show up and look at some products.”

“They’re looking for us to help them build practices, and that means the right line card, but also the right support levels, and as required, the right services,” Ralston said in a nod to the distributor’s recently-launched professional and managed services offerings. “We need to make sure we’re enabling them in the right ways so they have to invest as little upfront as possible to take a solution and grow.”

While the transformation has been underway for some time at the Canadian subsidiary, there’s still room for it to expand. Rivers acknowledged the company is “in the early stages of building out a security practice.” While the company “does well” with security practice, Rivers hinted at a more solutions-oriented security practice to come over the end of 2019 and early 2020. With security demands of customers increasing, and security skills at a premium, Ralston suggested that channel partners, and particularly the company’s bread-and-butter SMB-focused VARs, are looking to distribution to help close that gap.  That includes expanding the line card to include more supporting vendors and offering more security-related services that partners can offer their customers in an easy way.

“With trends like BYOD and cloud, there’s now a need for a security focus right down tot he smallest customer,” Rivers noted. 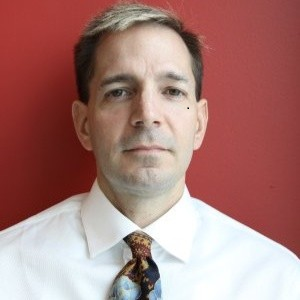 Ralston added that customers — even small ones — are more aware of at least the broad strokes of risk around security breaches than ever before, which is driving “a much deeper conversation” for VARs to have around their security offerings.

The inclusion of eSports in the solution zone on the show floor was an interesting choice, but not one made without data. Rivers said he’s been amazed how much business the distributor’s U.S.-based parent is doing in the competitive gaming space. He admits that side of the business hasn’t really started to scale in Canada as of yet, but it’s certainly an area to keep an eye on for the future, as it tends to bring together the high-performance (and high-cost) hardware needs of high-end gaming with the need for IT management, supervision and performance.

While the event mostly featured familiar vendor names, the show did offer the backdrop for a significant announcement for the distributor, as D&H Canada announced it will add HP’s 4000-series LaserJet printers to its line card, joining the 1000- and 2000-series in the distributor’s arsenal. Rivers said the 4000 series “brings in a lot more security features” which tie in nicely with the distributor’s message and solution focus. HP, of course, has been among the loudest in the beating of the drum around the need to consider the security footprint of print devices that have both local storage and network connections and has been among the leaders in adding new security functionality to its print lineup — and promoting those capabilities.

“Studies show that about 78 percent of users don’t monitor their printers for security,” Ralston said. “We’re excited about bringing the 4000 series to the market.”

The D&H Canada team continues to run events beyond Toronto and Montreal. It will have its third “large-scale” event of the year next month in Vancouver, and also recently ran a networking and security event in Calgary and will run one in Quebec City. It also does a series of “vendor speed-dating” events in other markets, having recently done one in London, Ontario, and eying different markets for 2020. It underlies D&H Canada’s often-stated mantra of growing in markets and opportunities where some of its peers may be pulling back.

“Attendance is good because we show up,” Rivers said.