The program, under the direction of industry veteran David Wagner, is aimed both at GSIs and resellers who already have a managed security service practice. 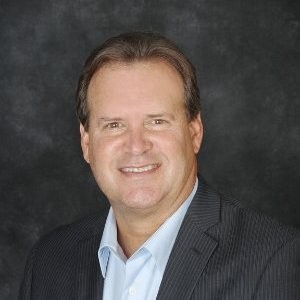 Next-gen SIEM provider Securonix has launched a global Managed Security Service Provider [MSSP] program, its first such initiative. Aimed at both global system integrators and solution providers with a focused MSSP practice, the program is designed to expand Securonix’s business in both the enterprise and the midmarket.

“Our cloud-based SaaS is superior at maintaining infrastructure and scaling out,” said David Wagner, Securonix’s senior director of global MSSP business. “We built our back end on Hadoop and it is massively scalable. Many vendors in this space come out of the SMB and have scalability limitations. We are a true enterprise player who can handle 500,000-750,000 events per second and not breathe hard. We can support the biggest of the big.”

That scalability is a key differentiator for them in a market where Next-gen SIEM vendors have addressed the traditional problems of SIEMs.

“SIEMs have failed for years because its hard to gather the data, and then to normalize it so you can use it, which is the stage where data scientists spent most of their time,” Wagner said. “The industry has now gotten good at that. We define a Next-gen SIEM as having the ability to produce a business outcome in a rapid fashion that helps to protect the user. It’s that business outcome that defines it – the ability to respond in seconds, minutes or hours rather than take hundreds of days to figure it out. The incredible scalability was what attracted me to Securonix. The solution is also cloud native, and it’s easy from the MSSP’s perspective. For MSSPs who have struggled to set up a multi-tenant solution, that barrier to entry is removed with Securonix. They just have to train their Tier 1 and 2 SOC analysts how to use the product. We do all the back-end work and handle all the storage and the operational overhead.”

While Wagner said that Securonix is well-suited to the channel, the company hasn’t optimized that in the past.

“Previously, we had an informal channel,” he noted. “We have had a number of partners that we have worked with for more than a few years, but there wasn’t a standardized MSSP program. I was brought in to develop that, and to design it to make the partners successful.

Wagner’s most recent stops have been strategic partnership leadership positions at Securonix competitors LogRhythm and AlertLogic, but he has a long pedigree in this area.

“I’ve been doing this for 31 years, including over 20 years in cybersecurity,” he said. “That includes running the global enterprise program at Tivoli.”

Wagner emphasized that the new MSSP program has a high degree of focus, to optimize the chances of success.

“I’m charged with picking the right MSSP partners to start with – not people who do one deal a year and suck up all your resources,” he said. “We have a very specific set of criteria. They have to have a MSSP practice with analysts, not an MSP practice. It would be great if they have a SOC or a NOC, and are able to stand up a new customer in 1-3 days. We don’t want people who are at the stage of thinking about building an MSSP practice. If they are at that stage, they can do referrals.”

Global systems integrators are a major target, but not the only one.

“We are looking for the top global and regional players,” Wagner said. “We think this will be way to hockey stick up our revenues. The guys we are talking to are big boys have been doing this for 20 years with Arcsite and others. They are very prescriptive and mature in how they do this. They all also have their own reference architecture with multiple products assembled. The big challenge with GSIs has been infrastructure. It took too many people to manage in a true multi-tenant situation. We take care of that. I haven’t had a ‘no’ yet.

“In addition to the big GSIs, there are lots of companies like Optiv and Presidio who we have reached out to,” Wagner added. “Those ones will take us to the midmarket as well. We have a defined list. A lot on it have already approached us and we will approach the rest. We will keep it at a finite number for this year and get very aggressive in 2020 and beyond.

The program itself is a single-tiered one.

“There is a tiered pricing model, where they are rewarded for having more customers, but everyone has the same model to use,” Wagner said. “We think a key asset is that we provide both free training for partners and free professional services until the partner is absolutely qualified to do those on their own. The only key inhibitor for growing is the number of people for whom we can provide professional services support. We also charge by the number of identities so if the volume of events increases and the number of people is the same, we don’t charge more for that.”

Partners already onboarded include Deloitte EDC and Pro-Act in Europe, UnitedLex, HTG360, Simeio Solutions, and Baynex in the Americas, and L&T Infotech and Tech Mahindra in Asia. There are also many others in the pipeline.

“Some major players are making some big bets on us, and we will be announcing those over the next 3-6 months,” Wagner said.