Network security vendor Lastline has developed a new type of platform for them, around email management, and after a short period where they took it to market themselves, in case bugs which turned out to be non-existent turned up, they have now released it to their channel partners.

Redwood City CA-based Lastline which uses a behavioural Intelligence-led approach to security that  looks for anomalies in the network and correlates them with known malware behaviors, has released what for them is an entirely new type of product to their channel partners. Lastline Email Defender-Cloud is an email protection product that uses Lastline’s technology to detect malware that Office 365 and Gmail security features cannot.

“These companies do a good job in email protection around spam, but they don’t do the advanced threat protection,” said Steve Sharbach, Lastline’s VP of Global Channel Sales. “We needed to address that. There is also an anti-phishing component in this.”

While customers have used Lastline for email protection in some non-cloud use cases, this is the first time the company has built a purpose-built email offering.

“This is a new adventure for us,” Sharbach said. “Business email systems are widely targeted for attack, and our customers have used Lastline to protect email that is on-prem or hosted. However, a lot of people are moving to the cloud, particularly with Office 365 and Google GSuite. Lastline Email Defender-Cloud lets us go in and protect cloud email deployments as well, and fully integrate with them. It can address all the different platforms for email management.”

Lastline began selling Lastline Email Defender-Cloud through a soft launch in August. Although they have a hybrid go-to-market model, the initial launch was direct only. 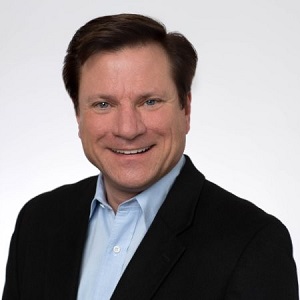 “Because this was a new platform for us, we wanted to work out the kinks if there were any found,” Sharbach said. “We wanted to make sure that our support systems were set up properly. As it turned out, we were overly cautious, and none of our concerns came true.”

Now that the product has been released to the channel, Sharbach expects that it will do well there, and that it will also lead to interest from channel partners new to Lastline as well.

“VARs are where we have most of our traction in enterprise and large accounts,” he said. “I see this as an opportunity for partners to go in to customers with a solution specifically for email. They have been looking for a way to get in and target that. With this, they now have a way to address it. They don’t even have to be Office 365 resellers to find benefit in selling this. They just have to want to make sure their customers’ networks are secure.”

Sharbach said that the soft launch found that customers reacted positively to the product.

“The product is simple to position, and we have seen from the initial launch that customers get it right off the bat,” he said. “We do offer a 14 day trial with it.”