It’s early days for Nyotron’s channel in North America, with only a tiny number of partners, and none in Canada, but the company is looking to change that. 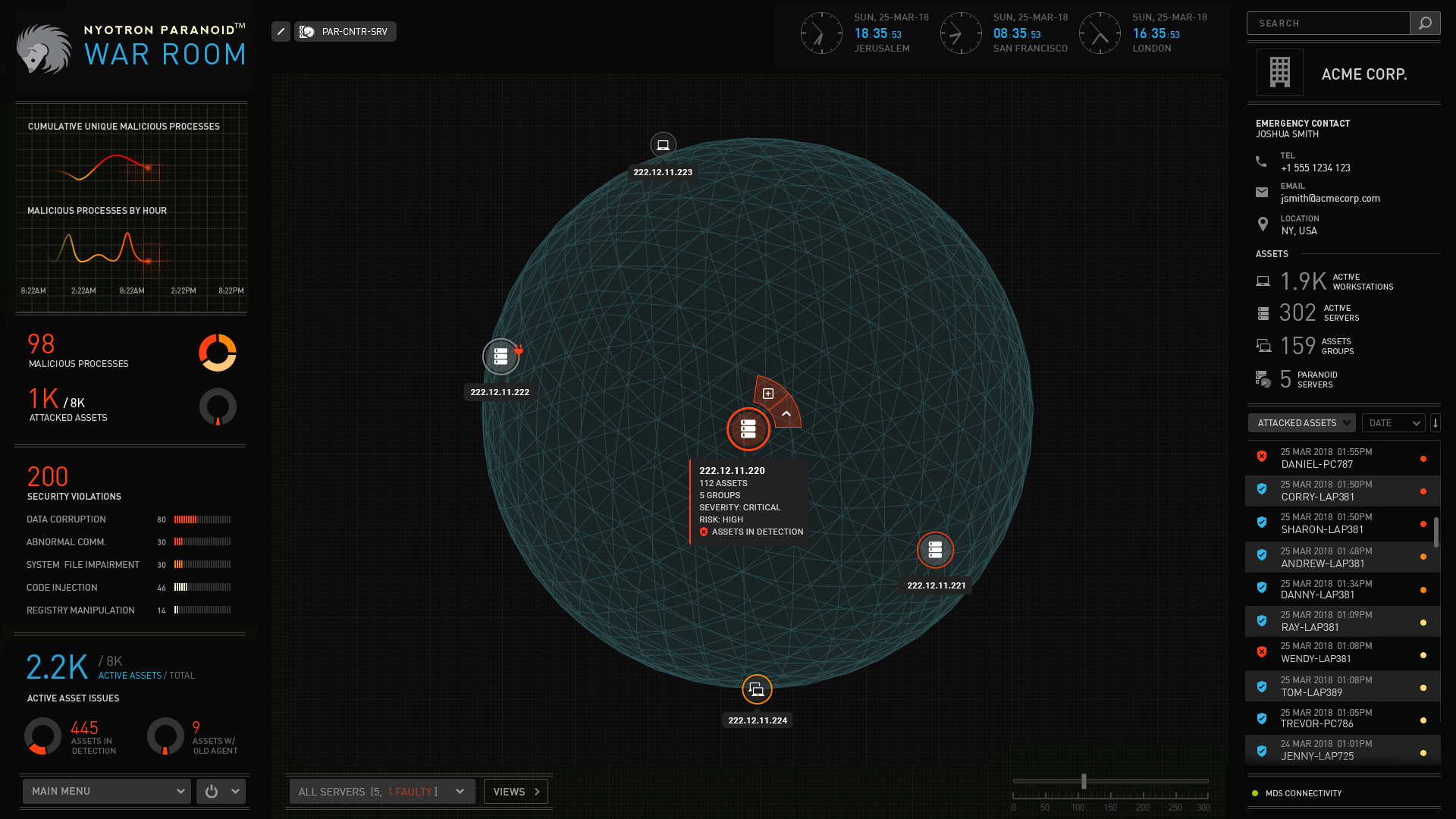 Santa Clara CA-based cybersecurity startup Nyotron, which began to make its PARANOID solution available to solution providers in North America late last year, is actively looking for quality new partners. They offer a unique and differentiated solution that is designed to work in harmony with other endpoint security products.

Nyotron’s PARANOID technology is designed as a last line of defense to work in concert with other security solutions, both traditional and next-generation, using an approach that the company describes as OS-Centric Positive Security.

“Nir Gaist, our founder and CTO, came up with a radical way of doing security,” said Russell Loppicolo, Nyotron’s VP of Sales. “Almost every vendor in endpoint security is using the Negative Security model, where they look for samples of malware on a machine. Even next-generation endpoint security designed to find new malware looks for that malware based on what they have seen previously. Our approach is fundamentally different. Instead of predicting malware, we focus on looking at damage, from the perspective that there is a finite number of things the bad guys want to do. We map out the proper way in which the operating system would undertake activities like deleting or encrypting a file. Because we know the proper way and connect to do these activities, if we find something that deviates from that way, we can identify it as suspicious. It’s a true extra layer of protection.”

The market for this kind of protection extends up and down the market, Loppicolo said.

“To use PARANOID yourself, you do need a security team, and when we sell it direct, we tend to focus on companies with a couple of thousand employees or above,” he indicated. “However smaller companies have access to our technology as well, through MSSPs. We have customers of all sizes.”

Like most companies in this space, Nyotron began by selling direct, to learn the best selling motion and establish a base of customers who indicate that there is a market for this kind of startup technology.  Israel’s El Al Airlines – no slouch in the security department – was an early lighthouse customer. Nyotron began to move to a hybrid model and establish a channel over a year ago, beginning in Europe and in Israel, two areas where the channel is an extremely important part of go-to-market strategies.

“Late last year, we decided to embrace the channel in the U.S. as well, and are anticipating some pull- through,” Loppicolo said.

Last week, at the RSA show, Nyotron announced the signing of new partners in the U.S. and the U.K. In the U.S., Silicon Valley-based Guardian Insight Group has joined Nyotron’s partner program. In the U.K., they have enlisted midmarket-focused MSP Adept4.

In North America, it is still very early days for Nyotron’s channel.

“We have two good partners in North America today – partners who are well connected, and can help us make connections to early adopters,” Loppicolo said.

In Canada, they do not yet have any partners at all.

“We would love to be in the Canadian market, but we haven’t made any solid gains there yet,” Loppicolo said. “If any Canadian partners would like to do their due diligence on us, we would love to  work with them.”

Loppicolo did emphasize that Nyotron is being very picky in choosing what partners to work with.

“We are being very selective in building out our channel,” he indicated. “Our partners are already strong in security, have a history of reselling other vendors, and a strong technical staff. They are trusted advisors who believe in what we are doing. They also get the positive versus negative approach that is at the heart of our value. In the short term, we have no desire to ramp up our own sales team really fast, so we would like to leverage the channel for that and then staff up accordingly to support them.”

A key challenge in building this channel out may be that Nyotron’s approach is new, and some partners may think that the broader adoption stage that they like to see a solution in before investing in a new technology and its vendor is not there yet.

“We have tried to be channel-friendly from the beginning, but it might be a little too early stage for many,” Loppicolo said.

While Nyotron is not interested in signing up a large channel, they are interested in distribution, to be introduced to more of the select security group they want to work with.

“Distribution is in the short-term plan,” Loppicolo said. “We will leverage a well-known distributor to get access to their security VARs.”  At Ingram Micro Cloud Summit 18 in the first week of May, that distributor was revealed as Ingram Micro.