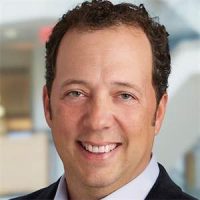 DENVER — The SAS Institute will freely admit that its heritage is as a direct-dealer. But if that is going to change — and it appears that at least to some degree it will — the speed, nature, and approach of that change may well be closely informed by what it’s done with its Internet of Things division.

The analytics giant took the somewhat unusual (for it) step of rolling out a separate division to build up and build out its IOT analytics capabilities, formally unveiling it in January. One of the big drivers of the decision to make it a standalone business unit unto itself is an acknowledgment that IOT is not a single-vendor situation.

“[IOT is] a bit of a different model. We’ve been a direct sales force organization, but if we want to really turn the revenue curve, we have to do it through channel,” said Jason Mann, vice president IOT for SAS, speaking at the company’s Global Forum event here this week.

As many have found in the past in the space, IOT is in many cases leading to strange bedfellows. Mann describes a litany of different types of organizations — industrial players, technology vendors, customers, and in some cases historical competitors — who have come into the fold or with whom the company is in discussions, the common denominator among them is, as Mann puts it, “two year’s ago, they wouldn’t have been a partner at SAS.”

The division’s goal, Mann says, is to make the company’s analytics software offerings the analytical engine running on any number of industry-specific platforms and solutions. To make that happen, the company has had to change several aspects of its traditional business model and practices for the space.

For example, the company has historically been drawn to first-year fees as a big part of its engagement with customers. But in starting to build out the embedding of SAS products in various IOT platforms, it’s had to take a longer-term view.

“Now we show up with the software and some domain expertise, and we partner with them for revenues beyond that first year,” Mann said. “I’m happy with where we’re at today.”

It’s also had to look at further alterations to its pricing structure. The concept of a perpetual license has not been SAS’ historical raison d’etre, but Mann points out that when the company’s partners are selling on consumption with its software embedded, they can’t have a situation where key functionality — like the ability to deliver analytics — can be turned off once the solution is in play.

“I thought that would be a non-starter for us, but eventually, it went through the executive team and all the way to [SAS CEO] Dr. [Jim] Goodnight,” he said, noting that decision was taken as an acknowledgement that “there’s a changing mindset of how these services entities want to present to customers.”

Of course, the target partner of the IOT division is not necessarily the traditional IT VAR or MSP, though many may find their way into the field as the trends of channel specialization and differentiation continue. But it is a space that many such partners want to keep an eye on, as it shows a change in SAS culture to be more willing to adjust and adapt to changing partner needs. 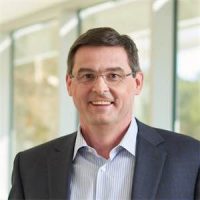 And it’s not happening in isolation. Alongside the main Global Forum end user conference, the company this week hosted its largest-ever partner gathering, drawing in some 500 partner organizations. And the company’s COO, Oliver Schabenberger, says he’s “very bullish about partners at SAS,” particularly as part of a renewed focus on the mid-market.

“I want to increase engagement,” Schanbenberger said. “We’re an enterprise class software company, but we need to be more successful in the mid-market, and that requires a channel strategy.”

That mid-market expansion will be powered by partners, but it will require some new skills of partners. Schabenberger points out that most smaller companies that look to engage in analytics, but fail to do so, do so because they lack access to the analytics talents. This suggests the opportunity for partners to step in with outsourced analytics expertise, or as SAS likes to talk about, the concept of “results-as-a-service” from either SAS- or partner-supplies analytics systems and talent.

As has become a best practice among partner programs, Schabenberger describes plans to break down artificial barriers between what the company’s partners have access to, and what its own sales field gets.

Ultimately, Schabenberger said, he’d like to see the pride the company takes in its acknowledgment from its own workforce beyond the walls of its own enterprise.