HeadSetup Pro Manager provides the ability to roll out updates globally, as well as full asset management and configuration management capabilities. It can also scale to manage up to a million devices. 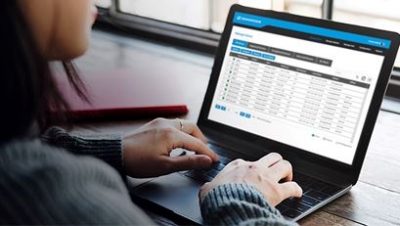 Audio solutions vendor Sennheiser has released a new cloud-based IT management solution that far exceeds what they had available for this task before. HeadSetup Pro Manager pushes out updates to anywhere in the world, and also provides asset management and configuration management functionality.

“HeadSetup Pro Manager is a powerful cloud-based IT management solution that provides a single tool to manage all the Sennheiser devices in the network,” said Doug Bowersox, Sennheiser’s Product Manager. “It controls all Sennheiser headsets and speakerphones – inactive ones as well as active. It is also three tools in one. It provides full visibility as an asset management tracker. It lets IT push out updates to an unlimited number of headsets. It also provides configuration management, allowing IT to impose limitations on usage. For example, they could set a more limited range on specific devices where headset density is an issue, to prevent interference.”

“Previously, we had a very generic desktop version, where it had to be managed at the user’s desktop,” Bowersox said. “You could update the firmware, like HeadSetup Pro Manager does. But while the new tool lets you do this remotely, anywhere across the globe, the old one wasn’t networked at all, so everything had to be done locally.”

HeadSetup Pro Manager’s other capabilities – asset management and configuration management – weren’t in the old tool at all.

“Basically, all it provided was the ability to update firmware locally,” Bowersox said.

“I would describe them as very uncommon, certainly at this level of functionality,” he added. “Our competitors have a flavour of this, but this has much more functionality and power for the IT user. Microsoft Office 365 has a device preview feature that lets you see what is attached. With it, you can see the headsets but can’t push updates out to them. This is much more granular.”

Non-Sennheiser devices are treated with the same level of detail as Office 365 provides.

“It does show competitor devices, which can be handy if someone is using a completely unauthorized headset,” Bowersox said. “But we wouldn’t be able to manage them.”

Management capability is almost infinitely scalable, with the limit determined only by the license that the customer chooses.

“It is highly scalable because it is cloud-based,” Bowersox said. “The smallest license is for 1-200 users, but it goes all the way up to a million users.”

While HeadSetup Pro Manager’s key features are things that will appeal to enterprise IT managers, Bowersox said that Sennheiser’s channel partners can monetize this as well.

“Partners can sell this as a feature, supporting devices and charging a premium over the basic licensing,” he said. “This would be of obvious interest to MSPs, but really would work for any Sennheiser reseller looking for recurring revenue.”