DFLabs is looking to build a select channel of resellers, MSSPs and distributors, and is offering margins more common in traditional sales than for a subscription-based offering. 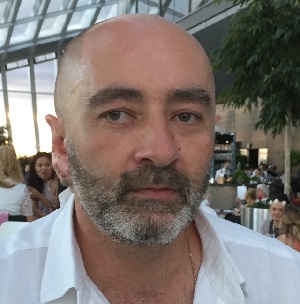 DFLabs has announced the formation of their first partner program. The three year-old company, with global headquarters in Italy and U.S. offices in Boston, has been operating with a hybrid sales model, but has reached the point of growth where it is expanding the channel to scale growth, and is looking to move to an all-channel go-to-market.

“DFLabs began as an Italian consulting firm in the security automation market that was focused on incident response,” said Oliver Rochford, VP of Product Marketing at DFLabs. “They started building out a platform, and it developed into a full-blown tool.”

That tool is the IncMan Security Automation and Orchestration platform, DFLabs’ flagship product, which is sold through a subscription model.  It automates and orchestrates security operations and incident response tasks, including threat qualification, triage and escalation, hunting and investigation, and containment.

“Other companies in our space focus on automation, and so do we, but our differentiator is really the focus on incident response as an end-to-end lifecycle, from notification to containment,” Rochford said. “Machine learning has become something of a buzzword in our industry, but we have applied it to a couple of specific problems for transferring knowledge for when you have turnover or people are away.”

DFLabs’ sweet spot is organizations who need to have a secure monitoring program, but who want to do more than SIEMs can do.

“This is for when you want to go further,” Rochford said. “Many customers are larger, but you have some smaller ones in regulated industries. We see this as a very strong offering for MSSPs because the mid-market is mainly MSSPs. It’s the only way to get at the midmarket for security monitoring.”

The company started with a hybrid model out of the gate, having some partners as well as selling direct. Now, however, they want to move towards a full channel model.

“We have grown organically to the mid double-digit of customers, and the channel is the only effective method to broaden this out significantly,” Rochford said. “They are well suited for this kind of work, because they know the local business regulations, and are the initial point of contact with the customer.”

Out of the gate, the program has a small number of foundational partners. They are looking to expand that number, while being selective about it.

“It’s definitely not a ‘come one, come all,’ model,” said Mike Hart, head of channels at DFLabs. “Between five and ten partners per region, plus MSSPs, would be ideal.

DFLabs is also looking to add strategic partners as distributors.

“Distributors have local knowledge of individual markets,” Hart said. “I’m in the UK, and I know this market, so I don’t need a distributor here –– but I do in the Middle East. We don’t have one in Canada at the moment, although we do have some end user customers there. We are still looking for a strategic partner in Canada.”

-The program has three levels: Platinum, Gold and Affiliate, as well as a separate tier for MSSPs with a “Pay-as-you-Grow” licensing model.

“The Affiliate partners are basically a one-time reseller, for when we do a direct touch sale, and they have a partner they use,” Hart said. “These are for where we don’t want to take the deal direct, but where the partner won’t be a permanent one.”

While the program includes the expected table stakes – lead generation and co-marketing resources, product training and deployment services, complimentary licenses for demos and a portal – Hart highlighted the margins as a differentiating feature.

“The margins we give are better than industry average,” he stated. “We want to reward people for working with us, so even though we are a subscription-based offering, we are offering margins that are more in keeping with traditional models. Platinum partners can earn up to 35 per cent, which is very high for subscription based. 20 to 25 per cent is usually tops in this area for a similarly licensed product. The bulk of customers sign up for three years, so they will get three years of this revenue, and they will get the same margins on renewal as long as the deal is registered.”

Deal registration makes up a big part of the margin.

“We’ve set up a big difference in margin between a deal reg and a non-deal reg deal,” Hart said. “We are  looking to work with people very proactively.”