Flink, best-known in the channel for his long tenure running the Citrix partner ecosystem, talks with ChannelBuzz about his priorities with Forcepoint and what needs to be done to make their channel even stronger. 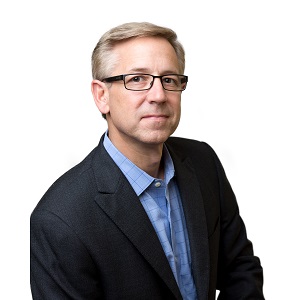 Austin-based cybersecurity vendor Forcepoint has announced that channel veteran Tom Flink has joined them as their vice president of global channel sales. He replaces John Starr, who left Forcepoint for a position elsewhere earlier this year, and will report to Chief Revenue Officer Sean Foster.

Flink comes to Forcepoint from RES Software, a digital workspace provider which was pivoting into identity administration when it was acquired by Ivanti in July. While Flink spent over a year at RES, he is best known in the channel for his long tenure as Citrix’s channel chief between 2007 and 2015.

“I was the longest-running channel chief at Citrix in the history of the company,” Flink told ChannelBuzz. “I was selected for that position in 2007 because I came from the channel, and they wanted to bring that perspective in.” Flink came to Citrix from MTM Technologies, where he had been SVP Practice Management, and before that had been President of Vector ESP, which was acquired by MTM in late 2004.

“I consider myself a technologist first, who started out selling products and services, and delivering business value in the channel,” Flink said. “I bring a different perspective from a traditional security person, but I do have security experience, from the early days of firewalls to my last role at RES, where we focused on things like GDPR. What’s new for me at Forcepoint is that the security is just a whole level above that, with very deep technology focused on cybersecurity and roots in military grade technology. This stuff really turns me on because I’m a technologist at heart.

“At Forcepoint, we focus on the Human Point – the intersection about between users, data and networks – to try and understand the flow of people interacting with critical data and networks. It means not just throwing events at people that are meaningless and actually hurt them understanding what’s happening in their network.”

Much of the challenge of the Forcepoint role relates to its being a new company that was created by the integration of several disparate organizations and their channels. Forcepoint was started in 2015 when Raytheon Cyber Products, a Raytheon company, merged with Websense into a new company, Raytheon/Websense, which was 80 per cent owned by Raytheon. It combined Raytheon’s strength around defense security with Websense’s broader practice around web security, email security, mobile security and data loss prevention. The company was given the more elegant name of Forcepoint in January 2016, at which time it also included two significant assets that had purchased from Intel Security. They were Stonesoft, which McAfee had rebranded as its Next Generation Firewall, and Sidewinder, which had become McAfee Firewall Enterprise. The Stonesoft and Sidewinder technologies became the Forcepoint NGFW solution. Last February, they acquired a CASB [cloud access security brokerage] business when they bought Skyfence from Imperva, and a month ago bought security analytics company RedOwl and their UEBA [user and entity behavior analytics] technology.

Much of the heavy lifting of bringing all this together has been done, but there are still some refinements to be made.

“When I walked in the door I found that Forcepoint has evolved considerably since its beginning,” Flink said. “They’ve been very quick and agile to embrace the combination of different partner communities. As their acquisitions have happened, there has been a lot of forethought in putting together a system differentiated across a broad portfolio – starting with DLP, CASB, UEBA, web, mail, and insider threats. While they were associated with different areas, they were all focused on part of the problem – just starting from a different place. We had to bring together a few different channels – partners focused on security services, product portfolios, MSSPs, SIs. My focus going forward is to segment the value that the  different partner communities have and evolve values across the partner system.”

Improving the cross-selling capability of the diverse lines is a top priority.

“There’s clearly work to do there,” Flink said. “We have a large legacy customer base based on Web and mail [from  Websense] which is ripe for cross-sell and up-sell. There are a lot of greenfields out there for other aspects, which is ideal for partners looking to differentiate. It gives partners a real opportunity to walk back to customers and have broader conversations about how to address cybersecurity.”

Forcepoint has a 100 per cent channel model, although Flink acknowledged that in practise it comes in in a few points short of that.

“There are always a few transactions that wind up being direct,” he said.

They have a large channel of over 2500 partners, with about a third of those in North America.

“It’s probably about the right number,” Flink said. “They did a lot of work before I came on determining the size of the channel and the type of partners. My philosophy isn’t on total numbers. I don’t focus on them at all. I look at partner numbers based on vibrancy and capability. I do think that the number we have now though is more than sufficient to do what we need to do.”

While Flink said that the mix is pretty good overall, he does want to increase the amount of MSSP business.

“That’s one of the focus areas for next year, to increase penetration in the MSSP space,” he said. “We believe that MSSPs provide access to a customer base that we wouldn’t otherwise be able to reach. Those are customers are looking to buy a finished goods solution, rather than technology. We think expanding our MSSP business will be critical for us.”

Flink’s objective for his first 90 days is to get out and talk to all their top partners and understand their business.

“That’s priority number one, although it’s too early for more details,” he said.