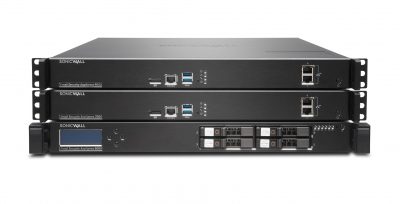 While SonicWall is best known for its firewall offerings, it has had an Email security line for over a decade, since the 2006 acquisition of MailFrontier. In recent years, Email security has not been a hot item, but the company says recent trends are changing that.

“Email security and spam prevention have become mature technologies and have not been high profile over the last couple of years,” said John Gordineer, Director of Product Marketing at SonicWall. “We are now starting to find that email as an attack vector is increasing again. We are seeing increases in phishing, and an increase in spam traffic. At the same time, we are seeing a decrease in the amount of malware focused on POS systems trying to steal credit card numbers. And of course ransomware is exploding. What all this means is we are seeing a shift from attacking retailers and stealing credit cards to ransomware, because it has become easier for criminals to monetize. 50 per cent of that malware comes though phishing attacks. So email security is becoming a hot topic again.” 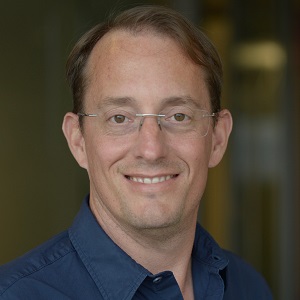 The big news in the 9.0 release is the response to this trend by integrating with Capture Advanced Threat Protection Service. Capture, which has been available on SonicWall firewalls since last summer, is an advanced threat analysis platform that leverages multiple threat analysis engines to make it much more difficult for malware to evade them.

“We originally built this sandbox into the firewall, but now with these recent trends, we need advanced specific protection for the email solution as well,” Gordineer said. “It is all policy-based, and allows for considerable choice in how these threats are handled.”

Gordineer also noted that while most SonicWall partners sell their flagship firewall products, not all do, so there will be partners who are now able to bring Capture to their customers for the first time.

“We have a variety of partners who sell our whole portfolio, but we have others who specialize, and we have more of those in email security than anywhere else,” Gordineer said. “Even if a customer already has the firewall protection, we think this is a good investment. Layered security is important to foil talented malware creators. Email security starts at $USD 20 dollars a user and it’s an additional $USD 4 dollars for the sandbox service – that won’t break the bank.”

The other noteworthy new element in SonicWall Email Security 9.0 is improved Office 365 Support.

“Now we can scan everything in the cloud before it actually comes into the organization, which is a significant thing.” Gordineer indicated.

SonicWall will also be updating its hardware appliances, which will further help confront email threats.

“This is available in the cloud, as software, as hardware, and as a virtual appliance, and the hardware part is being updated with some of the first appliances that will be branded again as SonicWall. They will roll out next month.”

In addition, SonicWall is previewing its SonicOS 6.2.7 operating system.

A new threat API is also being added to let SonicWall partner with other threat vendors.

“If, in a multi-vendor solution, a third party vendor determines there is a bot on the network, opening up our policy enforcement engine to vendor partners will improve efficiency.

Biometric authentication on mobile devices for SSL VPN, which assesses the user’s thumbprint, is another new addition to the OS.

Gordineer also noted that all the technological innovation here is driving SonicWall higher in the market.

“We have an SMB legacy, but our real sweet spot is increasingly mid-market businesses that are served by channel partners,” he said. “A lot of our partners are focusing now on larger customers like universities. We design for the mid-market price point, although we also have strength in the distributed enterprise.”

SonicWall Email Security 9.0 with Capture ATP Service will be available worldwide on February 28, 2017.

SonicOS 6.2.7 is currently in beta and will be generally available for download through MySonicWall.com to partners and customers worldwide in late Q1. Available with SonicOS Standard Support contracts, including software and firmware updates, pricing will start at $78 per year.