RSA believes being part of Dell will accelerate their initiative to move lower in the enterprise and into the mid-market, and will also facilitate desirable acquisitions. 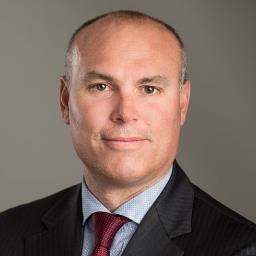 RSA, which was the security company within the old EMC federation, and is now a separate company within the Dell family, is looking for big things from the new corporate ownership. They believe the integration with Dell, which so far has barely scratched the surface as far as RSA is concerned, will help their business significantly. It will assist with their move downmarket, and also help the company to expand inorganically.

“At this point in time, we are considered one of the big guys in security,” said Marc LeCuyer, Area Vice President Canada, RSA. “Our market used to be just big banks and insurance companies, and we have been working the last 3-4 years to bring our solutions downmarket.”

RSA has four major product sets: the NetWitness suite for network forensics and detection; the Archer Governance Risk and Compliance Platform; the SecurID suite for token-based authentication; and the RSA Fraud and Risk Intelligence Suite.

“Any one of them can be acquired and deployed as a standalone solution, but the real excitement is the platform play – the RSA Business Driven Security model,” LeCuyer said. “RSA wants to help bridge the gap between technical operators and the business folks who need information at their fingertips. Our solution sets help operators have better conversations with the board level people because our tools help make that translation smoother.”

LeCuyer said that they have had some success moving these tools beyond just big business.

“We have done some things around solution packaging, and have had success in Tier 2 and 3 financials and insurance,” he noted. “Those customers are investing in these things now, and our Archer logos in particular are way up. These customers need to get off business tools like SharePoint into one where they can drive risk analytics at their fingertips. They are looking to upgrade the AV vendors’ stack and we are in that place. They are also looking to upgrade SIEMs.”

LeCuyer sees the Dell connection as significantly accelerating this process.

“As we move downmarket, we want to better integrate with Dell, to better deal with the mid and low end of the market,” he said.

To this end, at Dell EMC World last month, Dell EMC announced an Endpoint Data Security and Management portfolio which includes RSA, as well as VMware AirWatch, Mozy by Dell, and Dell itself. At this stage, it’s simply a sales bundle of entirely separate solutions, which are managed separately. The goal is to have them available at some point next year as a fully integrated suite.

“They are integrating our NetWitness for Endpoint, and our SecurID suite at the endpoint,” LeCuyer said.

“Five years ago, Palo Alto made a solution package where they do a lot of things very well, as an alternative to the customer using 10 best of breed products,” he said. “Dell can do the same thing at the endpoint that Palo Alto did at the edge. When Palo Alto went down this road, one of the banks made a statement that the business case for this was so good, they needed to move on it and figure out the details down the path. We need to figure how to mobilize this in the market, which includes talking with our best customers and find out how to build an offering here that makes sense for them.”

LeCuyer also emphasized the centrality of the channel’s role in this, particularly in the Canadian market.

“In early 2016, we announced a partner-first model at RSA, with a short list of really strategic partners like Optiv,” he noted. “One of our challenges in Canada is that we cover three time zones with not a lot of people, so we have to be more dynamic in how we go to market. In Canada, we had already announced in 2015 we would go partner first. At that time, our business was 50-50 channel and direct. We moved it to 75-25 channel by the end of 2015, and from there to 100 per cent now, although there is an exception process where a customer insists on direct.” LeCuyer indicated that there are about 15 partners in Canada that they consider to be ‘go-to’ partners, with SecurID being the most common product among them.

LeCuyer also said that another advantage of being part of Dell is that makes it much more likely that acquisitions will be made that will benefit RSA.

“The cybersecurity market has been in a bubble since 2011, and today we have about 1500 companies in it, with about 200 more coming in every year,” he said. “In most other sectors of IT, you can count the number of vendors on two hands. As a result, you have major vendors who have been out there for seven years who aren’t even profitable yet.

“We haven’t acquired anything for a while because we would have been overpaying because of this bubble. Now as part of Dell, being in a private organization, and with the market coming back into reach for us, we are now in a better position for that. We expect that we will be able to acquire and add ‘tuck in’ features through acquisition as a result.”