The company’s new SavageStor architecture features 12 SAS lanes with 25 GB/s throughput, part of a design intended to completely remove bottlenecks inside the server and address needs of customers who require high performance and throughput. 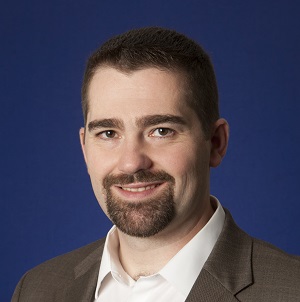 Converged storage solution vendor Savage IO is relaunching with a new platform, called SavageStor, designed to provide an integrated hardware-centric solution that addresses traditional server performance and throughput bottlenecks. It provides the server, storage, networking, and controller in a single appliance, with one model, the flagship SavageStor 4800, to address all possible use cases.

Savage IO, which was formed in 2010, initially came to market in 2011 with the DataBrick, which was also a dense storage server platform whose value proposition was based primarily in hardware engineering, but whose technology was significantly different.

SavageStor puts more emphasis on speed than its predecessor, with a key innovation being 12 dedicated SAS lanes.

“The more lanes of SAS you have feeding the storage bus, the less chance there is of a bottleneck being an issue,” said Phil Roberto, Savage IO’s CEO. It’s a basic math issue. We have more SAS lanes than anyone in the industry.”

Roberto said that SavageStor’s architecture also features Silver lined Twin Ax Cabling, which has 25GB throughput instead of the standard 6GB. The 12 SAS lanes with 25 GB/s throughput connect to four 25 GB/s backplanes, in a design constructed to completely remove bottleneck from inside the server.

“You can connect any type of media and the storage component without any type of throttling you see in a standard server,” he said. “You can’t be competitive today with a standard 6 GB solution. This lets you replicate the speed outside of the server inside of the server, with no shortage of available IO. You can take IO right from the spinning disks to where it’s usable for the end user.” SavageStor is claiming up to 800,000 IOPS.

Speed is also enhanced by a proprietary circuit board design to optimize performance.

“The circuit board design optimizes the SAS lines to be more than competitive with any open source software out there,” Roberto said.

The SavageStor is also an extremely dense offering, with 48 4 or 6 TB drives to a maximum of 288 TB, in a single 4U appliance.

“This is the direct result of 12 lanes of SAS,” Roberto said. “There is also maximum flexibility, as any combination of SAS, SATA or SSD drives can be used, depending on use workload. This flexibility for any of the three drive types also makes scaling extremely simple.”

Packing this power into 4U also brings the customer significant power and cooling costs, as well as additional floorspace.

“What we bring to the table is a massive reduction in footprint,” Roberto said. 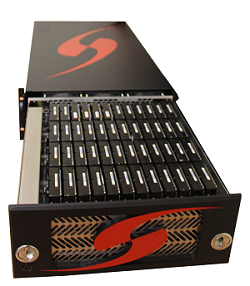 A popular feature of the DataBrick platform was the manageability that came from a slide out front drive drawer that gave easy access to the drives. That same feature is found in the SavageStor as well.

“Because the most commonly replaced part is a drive, this gives access to all 48 drives without having to unrack the server,” Roberto said. “You pull out the old drive, the array rebuilds and no one knows there was a problem.”

The SavageStor has a further 4 SSD drives in the back. There is also grid redundancy, with four redundant power supplies. The server requires any two power supplies to run.

While not all the target markets will be large enterprises, they are organizations that have substantial speed and capacity requirements.

“These are for any application that craves pure performance and throughput,” Roberto said. This includes the obvious ones like cloud computing, HPC and Big Data applications like Hadoop.

“It is very strong for video editing, because you can do rendering and storage in a single hardware platform, and the financial returns in doing both in a single box are huge,” Roberto said. “The increase in body cameras makes this useful in security and surveillance as well. Even if you don’t use body cameras, you can add more cameras and store all of the data much longer.” He described one case study where a customer with a large number of cameras had been limited to seven days of storage capacity, so that in many instances when an investigation required a recording of a past event, it no longer existed. They were able to provide 90 days storage, and more, if required.

“Querying is laser fast, so any application which requires that will benefit,” Roberto added.

At the launch, SavageStor will be sold by the company’s direct sales force, but that isn’t the long term, or even medium term plan.

“The plan is to go 100 per cent channel,” said John Fithian, Savage IO’s Director of Business Development. “Because it is a hardware product, that makes it a good channel product, which allows resellers to add their own software and special services.” The server can also be shipped without the drives, allowing partners to populate and customize them themselves.

“We are looking to start with a handful of resellers who understand the opportunity, and are willing to cultivate that opportunity,” Fithian said. He estimated that would be around 20 partners.

“The enterprise today needs a fully integrated hardware solution, and compared to this, others are bandaids which lead to storage sprawl with undue complexity,” Roberto said. “We really believe in thinking inside of the box, and what is inside our box provides performance you can’t get with big NAS arrays or JBODs.”