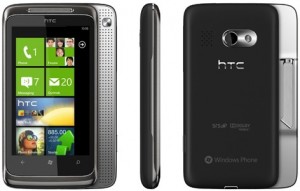 During the most recent CompTIA Breakaway event in San Antonio, a number of Microsoft evangelists were roaming the halls with their new Windows Phone 7 smart devices. There was a definite buzz in the air about this latest attempt by Microsoft to excel in the super-saturated mobile space.

Here’s some thoughts on what solution providers saw and heard of Windows Phone 7 at Breakaway, and what VARs need to know about the software kingpin’s new platform.

Windows Phone 7 is scheduled to hit the corporate and consumer cell phone market here in Canada within the next month. Many of the leading carriers across Canada will have offerings built around the Windows Phone 7 as a solution tailored for many business models. In addition to Canada, Microsoft will also offer Windows Phone 7 across 30 countries, with nine different models on launch day.

Microsoft Phone 7 is looking to differentiate Windows 7 around a “new and improved” user experience. Gone are the small application icons typical of iPhone and Android. With Windows Phone 7 users will have large tiles that Microsoft hopes will make the phone easier to use and more in tune with what end users do with their phones.

While it is Windows 7, it’s also an entirely remade operating system, so there are some “version 1.0”-style quirks. Missing on launch day is copy-and-paste functionality. After discussions with their development teams, Microsoft has promised this simple function will be available sometime in 2011.

Windows Phone 7 is 100 per cent cloud- and social media-ready. Track updates from your social networks and other contacts and use Microsoft OneNote to synchronize all your notes with Office Live over the Internet. Spell check and other familiar functions that many use daily are also available on the platform.

What does Windows Phone 7 mean to you? As with any new technology, your customers – particularly in the SMB space – are going to look to you for advice on the platform, its capabilities and how it fits into their overall network scene.

Watch for Windows Phone 7 over the next month or so as it starts to appear across Canada.