Ivanti looks to reverse past errors by introducing a Chief Customer Officer and a focus on making customers happy rather than end-of-lifing their products. That will see renewals centralized in a new business unit. That change to channel policy is accompanied by another in which the company will focus on far fewer partners. 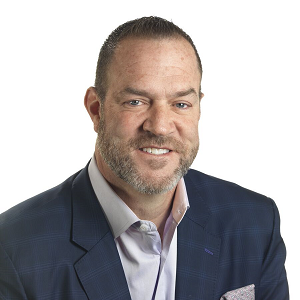 Ivanti was a company born in change. It was formed three years ago when Clearlake Capital acquired LANDESK [which itself had just acquired AppSense] and merged it with HEAT Software into the new company. Ivanti soon embarked on an aggressive acquisition strategy, which included Shavlik Technologies and RES Software. Now the company has once again undergone major change. Steve Daly, LANDESK’s CEO who had led the merged company from its inception, left last month, replaced by Chairman Jim Schaper. Senior management has also been reworked. The strategic rationale for the changes is to reverse policies which had been focused on encouraging customers to migrate from acquired solutions to ones Ivanti wanted to focus on going forward. To this end, the company has created a Chief Customer Officer position to assure customers of Ivanti’s commitment to customers for life, rather than end-of-lifing. The changes will see Ivanti take over renewals from partners, which is part of a broad series of channel changes. The channel will be significantly reduced, with non-strategic partners moving to a referral model, and 450 or so strategic partners shifting from a reseller model to one based on services.

Mitch Rowe has been at Ivanti throughout all the change. He joined LANDESK five years ago as EVP of Worldwide Sales – a year and three months before LANDESK acquired AppSense – and reported to now-departed CEO Daly during that time.  A year ago, he became Ivanti’s CRO and the renewals business was put under his purview in order to better align it with the overall sales strategy. After the organizational restructuring, he once again holds the EVP of WorldWide Sales role.

The reasons for the changes were outlined to 600 Ivanti sellers and 50 partners at the company’s sales kickoff in Salt Lake City in late January.

About a year ago, Ivanti went through a process with Clearlake, to test the market and see what interest, and valuation, were like,” Rowe indicated. “We did that, going to 10 or so strategic vendors like Microsoft, VMware, and ServiceNow and to 50 or so VC companies. Five private equity firms wound up going through a 3-4 month process, which ended in July with a non-event, which highlighted a gap. The good news for Clearlake is that five private equity firms wanted the asset. The gap was the desired valuation.”

One of those five suitors was Golden Gate Capital. Jim Schaper, Infor’s founder, whose tenure there had overlapped with Rowe’s for several months, had been with Golden Gate since then, and liked what he saw at Ivanti. Clearlake brought him on board last September at Ivanti to be Chairman of the Board, where he became a very hands-on chairman.

“This kicked off an internal process for investors, that looked at things like our renewal rates, cross-sell and upsell rates, and our channel economics,” Rowe indicated. “Companies often go through an evolution around channel and how new renewals and recurring revenues are managed. The difference here was that it coincided with the Chairman also becoming the CEO.” With the reorganization, other senior executives with connections to Schaper at Infor were brought in, including Chief Customer Office Mary Trick, President Jeff Abbott and John Flavin, who manages the Internal Business Unit and Supply Chain Business Unit teams.

The strategy itself that is now being implemented is designed to rework decisions made when Ivanti was created that Rowe acknowledged had not really worked out.

“When LANDESK and HEAT were merged under Clearlake three years ago, the entire executive team came over from LANDESK, and the focus was getting to one sales team and one partner program, and determining what products we would lead with in a merged portfolio that had multiple overlapping products,” Rowe indicated.

Rowe said that the latter part wasn’t handled well, and that the communications strategy in particular was not effective.

“There was some push to migrate customers to what we wanted to be the go-forward solution, which created some customer resistance and opened up the dangers of unhappy customers who would look to open us up to competition,” he indicated. “We didn’t lead with proper statements around having customers for life, and offering support in perpetuity, and we had some clumsy end-of-life situations. When he came in as Chairman, Schaper determined that we aren’t end-of-lifing anything. Instead we would invest more in engineering, support and sales. We also created this Independent Business Unit focusing on legacy install customers to maintain them for life and make sure they don’t migrate off to a competitor.”

This isn’t the first time that Ivanti or LANDESK before that have focused on strengthening customer support, although they have never had a formal Chief Customer Officer and the initiative never had this level of emphasis.

“In the LANDESK days, Josh Baxter owned all customer success and pro services support, although he didn’t have the Chief Customer Office title,” Rowe said. “Post-merger, he moved on and we had a couple false starts with some individuals who were less than stellar, and we moved renewals to sales so it would be better managed there. But if we want customers for life, an organization our size or smaller should have this role. We think that Mary Trick will accomplish this.”

The changes to the channel model are part and parcel of the overall changes to the sales strategy. It will see a deeper focus on a much smaller number of partners. Most of the channel will move to a referral-based model where Ivanti and its new IBU will handle the renewals.

“When we brought all the companies together, we had 4500 partners, and of those, about 450-475 do 80-90% of the business,” Rowe said. “Back when we put this together, we wanted to retain every single partner. I screwed up there. That was the wrong approach. LANDESK and HEAT both had many partners who were not that strategic. We enabled all with a no partners left behind approach, instead of putting in proper tiers based on productivity and looking at renewals and volume more closely. Part of this exercise now is focusing on partners who lift the business.”

Some parts of the channel won’t see a change.

“There are some geos where we have no head count, where the existing partner model makes sense for the business,” Rowe said. “This includes the Middle East, Latin America, Eastern Europe and parts of Africa and Asia. They will maintain channel relationships as is.”

“We will retain a reseller relationship with CDW because they are relevant for many ISVs, but we will be very thoughtful about what deals we do with them,” Rowe indicated. “Another area where we retain our traditional relationship is with Carahsoft in public sector. Also, some ESPs have contracts that preclude us managing the renewals.”

The biggest changes will be to the majority of the channel deemed non-strategic, who will be moved to a referral model. It will provide a fixed rebate for any opportunities that a referral partner provides to Ivanti or a strategic partner, that ends in a sale.

“Of those 4000 partners, we are transitioning about 3000 that are not go-forward partners, and they will become referral partners only, starting on April 1,” Rowe said. “They haven’t been investing in us. We aren’t strategic to them, nor are they to us.”

The remaining 450 or so strategic partners outside the geos where things won’t change will move to a two-party gross model where partners are paid a fixed commission for both sales and technical support during the sale. The new model also provides new bonuses for partners based on growth targets and customer success.

“In this transition from reseller to two-party gross model, the deals will move from partner paper to Ivanti, and we manage renewals,” Rowe said.  “There is still deal reg. They get points for that and technical sales and where they do heavy lifting, but it’s more of a commission type model.”

Rowe acknowledged that there will be some attrition, and that these changes are not desired by every partner, but stressed that for partners whose business model is more around services than reselling, the changes won’t be a negative at all.

“It’s a very different partner model for a lot of these ESPs [Expert Solutions Partners], but for many with a services focus, it’s not a concern,” he said. “It can be just as rich if not more rich and there is more opportunity on the pro services side.

“None of the 450 strategic partners will be reseller type partners,” Rowe added. “They see us as a services play and will continue to make a great deal of money with us. The 50 sales partners at our sales kickoff represented 35 of our key ESPs. They are pumped about this. They see it as increasing their ability to focus on customers and get more sticky with strategy. Renewals going away and two-party gross hurt, but the more streamlined focus helps. While we take something away, we augment in other areas.”