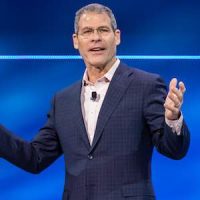 LAS VEGAS — IBM used its PartnerWorld at Think 2018 conference here this week to formalize several changes it has made, is making, and will make to its partner programs to cement its efforts help partners make their own transformation, as Big Blue continues its own reinvention around machine learning, analytics and cloud.

In his first keynote as IBM’s global channel chief, John Teltsch told attendees that “IBM has transformed, the ecosystems have transformed, and now we [IBM’s business partner organization] must transform.”

Much of what Big Blue is going after — and urging partners to go after — is complex. The mantra Teltsch and other IBM executives repeated was that partners must build deeper and deeper industry-specific expertise, and then build their own intellectual property into solutions in areas like artificial intelligence, not necessary right in the wheelhouse of the “traditional” reseller partner, but areas of high growth, and high margin potential.

In response to that complexity — and complexity that have heretofore been a reality of PartnerWorld — Teltsch coined 2018 “the year of simplification” for the program, starting with a new partner portal that is better organized, and a new Watson-powered lead engine called Score. Under Score, Teltsch pledged IBM would send more leads to partners, and more specifically, better-qualified leads to the right partners to rapidly close. 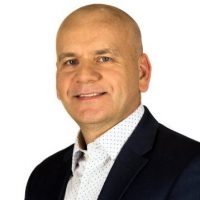 The company will also look to simplify some points of partner conflict, as Teltsch described. Under the new program, Big Blue has for the first time “locked in” IBM software customers in its segmentation model for a full year, double the previous lock-in. That matters because where customers sit in IBM’s hierarchy determines much of a partner’s incentive model around that customer. David Wilson, vice president of the company’s partner ecosystem, said that in the past, partners were too often left at best disheartened and at worst feeling cheated when a customer landed and fulfilled by a partner suddenly leapt up the customer segmentation chain, leaving that partner largely frozen out of the business they brought to Big Blue.

In addition to freezing current segmentation for a year — and Teltsch pledging to take that to two years — Wilson said IBM has “disconnected the automatic connection” segmentation in the software business previously created. In other words, if a partner-landed customer suddenly “jumps up” the hierarchy due to business growth or new opportunities, the partner will not automatically be left in the cold.

“There are hundreds of accounts that would get bumped up that have been moved back down because partners were playing a very valuable role,” Wilson said.

Teltsch said that IBM is taking other steps to reduce the potential for channel conflict, including removing commissions for IBM sellers who take deals direct in the commercial space, which by IBM’s definition is now “business partner-fist, business partner-led, and business partner-owned,” he said.

The new channel chief outlined the areas in which IBM will offer partner incentives going forward. The client segmentation incentive will reward going after customers at the right level of the aforementioned IBM hierarchy, and is obviously paired with a new client acquisition incentive for bringing the always-sought-after “new logos” to IBM.

Backing up its drumbeat of the need for partners to deliver their own intellectual property as part of solutions, a partner-led solution incentive will provide additional profitability to partners who do just that.

And while Teltsch detailed how IBM is revamping the marketing tools the vendor makes available, and the number and quality of leads its provides partners, another incentive provides additional profitability to those who land customers through their own leads and marketing efforts.

Wrapping up the changes to the program, the company is aiming to make the way it works with partners more flexible. This is an acknowledgment, Teltsch described, that a single partner may look like, and want to engage with, IBM in a number of different ways, depending on the customer, engagement, or solution in question. The new program, he said, allows partners to “mix and match” IBM partner offerings and business models “in the way that best meets your model and your clients’ needs.”

“You can self-select what drives your business to the highest returns,” he said.

The biggest change there is that IBM is pushing hard for partners to ultimately go to market with their own branded solutions, and IBM’s hardware, software and services embedded as part of that. Wilson noted that all partners are now able to embed IBM technologies in their own offerings, a change which typically moves from straight transactional to usage-based subscription. In many cases, as we’ve seen in the MSP community over the last few years with IBM, it moves partners in many cases from a “sell through” model to a “sell to” model in IBM’s eyes.

That change, in turn, could have a significant impact on the size and scale of IBM’s partner programs going forward. Such embedded deals tend to be “straightforward from a margin perspective,” and are more fully automated since they’re based on consumption of a given service or technology, and fully metered.

“There’s not the overhead of processing POs, and doing paperwork. It can allow partners from a net profit perspective to do pretty well without the heavy programs around it,” Wilson said.