Maxta has developed the ability to migrate customers seamlessly from VMware ESXi to Red Hat, using their software, and looking to appeal to customers who want to move some of their workloads to a less expensive hypervisor. 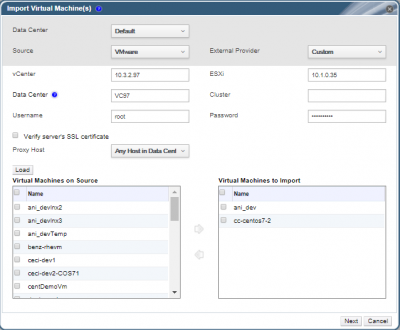 Santa Clara, CA-based Maxta, which makes hyperconvergence [HCI] software, has announced new functionality that lets organizations migrate virtual machines from VMware ESXi to Red Hat Enterprise Virtualization [RHEV] and run both hypervisors on Maxta’s software. Maxta is the only hyperconverged solution in the market that supports VMware and Red Hat Virtualization, although with this move they are jumping into the ‘Fight That VMware Tax’ camp.

While most hyper-converged players define themselves as basically software companies, Maxta deems it a pre-requisite to be managing VMs, rather than storage, to be truly hyper-converged, and that those who do not are software-defined storage players.

“We fundamentally believe software is the future of hyper-converged,” said Barry Phillips, Maxta’s CMO. “Most HCI vendors rely on hardware with shorter lifespans than storage arrays, typically three years rather than four or five.”

“Other hyper-converged companies say they are software companies, but can they install software and get the complete stack?” said Kiran Sreenivasamurthy, VP, Product Management at Maxta.

“There are only two hyper-converged companies that let you install anywhere – us and VMware,” Phillips said.

Maxta also believes that they have an innately superior solution to the VMware vSAN hyper-converged software.

“We have a very strong platform,” Sreenivasamurthy  said. “HCI starts with three nodes, but you need a fourth with vSAN in case one fails. If a cache drive fails in vSAN the whole disk group has to be rebuilt, We have made it much simpler. We mirror the caching device, so if a drive goes bad, you just rebuild the cache, not a 20 TB disk. We can also provide more snapshots than vSAN, as they recommend a maximum of16 to avoid degradation.”

The new part of Maxta’s announcement is the easy migration capability they have developed from vSAN to RHEV.

“We have learned that what really adds value isn’t just supporting these platforms, but making it easy to migrate virtual machines,” Sreenivasamurthy noted. “That’s what we have developed – an easy, simple way to move from VMware to RHEV, with a simple guided workflow, and clear migration path.”

Sreenivasamurthy said that Maxta doesn’t expect that VMware’s customers will all be chomping at the bit to move from VMware to lower their licensing costs, but he said that it makes sense for certain types of workloads – possibly around 20 to 30 per cent of the total. RHEV is attractive as a destination, as opposed to purely free KVM versions, because like VMware, Red Hat has a strong support ecosystem.

“Because we have the same user interface as VMware, it looks the same, and makes it simple,” Sreenivasamurthy stated. “The common UI hides all the complexities from the user.”

Out of the gate, the relationship with Red Hat focuses on the technology development, but the plan is to take that further.

“The initial piece was on the development side,” Phillips said. “We have talked about joint go-to-market generally, and how we can both help to promote this. In the short term though it will be very much a ‘meet in the channel’ collaboration.

Maxta, which sells entirely through channel partners, is seeing this of direct benefit to some of those partners’ business.

“For service providers specifically, having the ability to use different hypervisors and get away from legacy costs is of advantage to them,” he said.

Phillips noted that some important Maxta channel announcements will be coming up, on the distribution side.