Gianluca Busco Arre, who runs Panda’ operations in North America, talks about the company’s technology and their plans to sell it more effectively, which has involved a complete redo of how they go to market. 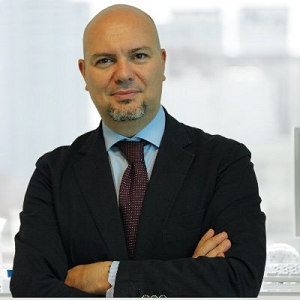 Panda Security has been selling their endpoint protection products in North America for a very long time. The Spanish company was one of many European-based vendors that built up a strong base in their home country, and then early in this century targeted the U.S. and Canada as part of their expansion plan. They had some early success and then fell off, despite the evolution of technology and approaches to the market that the company believed put them at the cutting edge. In 2019, under the leadership of a new North American VP, they completely restructured their Go-to-Market model here, and in 2020, are looking to translate that into strong growth.

“We were one of the first endpoint vendors to move to the cloud, and among the the first to move from traditional anti-virus to EDR [Endpoint Detection and Response],” said Gianluca Busco Arre, Panda Security’s VP of Sales and Operations, North America. “We haven’t made acquisitions. We have developed everything ourselves. But we haven’t been so great in marketing, so this is not well known.”

Busco Arre himself moved to endpoint security from the telco space in 2007, starting with Sophos, then moved to Symantec, working out of Italy. He moved to Panda in 2015 as Italy country manager, was later given Switzerland as well, and was assigned the North American Go-to-Market lead role at the beginning of 2019.

“Panda decided very early to move the portfolio into the cloud,” Busco Arre said. “We didn’t just change the interface. We rebuilt the entire portfolio, and we suffered from that at first. Then we decided to shift from traditional AV to the EDR space, and were in EDR in 2014, with a proactive, zero-trust model. We have had no ransomware attacks from 2015 because of that zero-trust model, where everything is known and trusted by us.”

Busco Arre emphasized that this model gives partner all of the capabilities of a Managed Detection and Response [MDR] offering.

“Everyone today is working on AI, but our model is different,” he said. “We have EDR, but we have also created a single agent for everything, a full set of tools covering things like encryption, patching and EDR. It’s a full threat hunting platform. Our technology allows us to classify if an application is safe, or bad, with no false positives. With this platform, we provide all the contextual information that an MSSP needs, with the data we collect from endpoints being provided to customers and partners.”

Busco Arre said that since Panda’s technology is a market leader, the obstacles to greater success in North America lay rather in the Go-to-Market. When he arrived, Panda used a hybrid channel model, where they both sold direct and through partners.

“We have several hundred active partners in North America,” he stated. “These range from very small transactional partners, through midsized ones who sell to customers with a few hundred end users, and some large ones.”

“Last year was a very challenging year, in which we transitioned from a mixed model,” Busco Arre said, “We changed it and moved everything through a channel model, with no more direct.  We identified our most critical partners and we turned everything over to partners. Last year some customers struggled to find the right partner but today everything is channel-focused. We don’t have a single transaction that is not filled through a partner.”

This year, Busco Arre said that the priority is to both finish filling out partner enablement, and fully mobilize the company’s resources to drive for a strong growth year.

“Last year, we did a great job of transitioning, and this year will be the year of growth,” he stressed. “This year, we moved our inside reps to being field sales reps to better work with partners. That was the first step of an expansion.

“This year, we are going to deliver new partner portal that builds on the partner centre we created to manage everything and centralize all of the information.  We are going to have a complete platform to let partners track their business with us.”

“We have a plan to address telco providers as well, like we did last year with Telefonica in Europe,” he stated. “Our focus is on interesting MSSP and telco providers.”

Panda does not yet have distribution in North America, but look for that to change soon.

“Last year we were not ready for distribution, but we are planning for next year to have distribution in place like we have in Europe,” Busco Arre said.