Mailprotector will use the money to expand around their popular Bracket email encryption solution, and to make new hires, particularly in engineering and customer service. 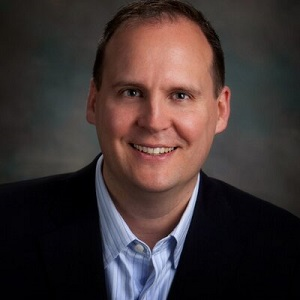 Today, Greenville, S.C.-based Mailprotector is announcing a Series A funding round in which they will receive $5 million in growth equity funding from Ballast Point Ventures, a Tampa-based VC that focuses on firms in the southeast U.S. While some of the funds will go to staff expansion, a key focus will be on building out the company’s new Bracket email encryption solution further, and adding more complementary offerings they have lacked the resources to develop.

Mailprotector, which moved to focus exclusively on email protection in the early years of this century, was originally bootstrapped by David Setzer, the founder and CEO. In 2017 they took a mezzanine debt round and emphasized that it was debt funding that gave the venture capital company involved no control over the company’s ability to make decisions. This time, Ballast Point gets a seat on the board, but Setzer again stressed that the company remains free of external control.

“It is absolutely not a shift in our philosophy,” he said. “They have a seat on the board, but we still maintain complete control of the company. It’s a minority investment. There is no change in control.”

“We talked to a lot of investment people,” he said. “For us, the number one criteria is that a firm understand and respected our channel commitment, as partners have been such a big part of our business for so long now. We had a good choice of firms, but some did not understand the channel and saw the channel commitment as limiting our market. Those conversations ended pretty quickly.”

Setzer noted that Ballast Point had invested in an MSSP just months before their deal.

“They have their hands in both parts of the channel,” he said.

Setzer also said that the investment was required in order to give Mailprotector the capacity to respond to opportunities and partners’ needs around security.

“The response to Bracket has been phenomenal over the last couple years, and the frustration that we felt and our partners felt is that we couldn’t open multiple parallel tracks of product development around it,” he stated. “We have been constrained on the development side.”

Consequently, the plan is to use the new funding to expand this, basically across the board.

“We are opening up what could only be far-fetched R&D stuff, as well as deepening existing products and moving on some complementary products that we have had on the drawing board for a while,” Setzer said. “Seeing how both the partner base and user base responded to Bracket makes us want to launch complementary things, and this was a driver to accelerate the growth of those product sets.”

Some of the money is also going to targeted personnel expansion.

“We are adding about 30 positions, with a little over half on the engineering side, followed by service, and then sales and marketing,” Fetzer indicated.  “Our core principles are to put out a great product and then do a great job of servicing partners with that product. Now we also have more resources on the marketing side to provide partners with more marketing capability.”

Mailprotector has always sold through partners, but focused exclusively on them as a road to market several years ago when they hired Ted Roller’s Get Channeled as an outsourced channel management resource.

“We really benefitted from Get Channeled,” Setzer said. “We had been around the channel world for a long time and found folks who knew how to put the pieces in the right place and tell our story. Since partnering with Ted, we have more than doubled the number of partners, and we look to continue to increase at a higher rate than that going forward.”

Going forward, Mailprotector will be showing channel maturity by putting a full-time channel director in place.

“Mailprotector was Get Channeled’s first client and it has been an amazing run,” Roller said. “In this case, the CEO and company’s commitment to the channel was 100%. That’s not always the case.”