Ninja started up several years back with a focus on being able to do business with and a client base  heavily weighted to little MSPs. Since then the market has changed significantly, and the way Ninja is addressing it has changed as well. 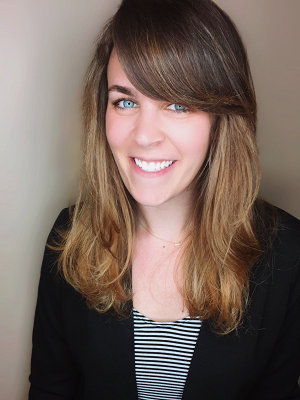 2019 was a good year for NinjaRMM. The San Francisco-based remote monitoring and management [RMM] player grew both its internal and partner rosters significantly, and made major enhancementss to their offering. Now the company is looking to build on that in 2020.

NinjaRMM started in 2013, looking to differentiate itself in the RMM space by emphasizing support and ease of doing business with them. In the early days, they tended to attract very small MSPs, for whom Ninja’s more limited feature set compared to larger competitors was less of an issue. Much of this context has changed over the last year, as the company ramped up its investments and built out their base.

“Ninja is now up to 170 employees, up 100 people over the year,” said Rachel Spatz, the company’s VP of Marketing. “The focus in 2019 was in growing the engineering team, which is now up to 60-70% of the total. Now 40% of our employees are engineers and developers.”

Ninja is also moving away from a startup type of environment where some people wore a lot of hats.

“There was no marketing team before the summer of 2018, for example,” Spatz said. There was one person who did a lot of jobs. We also hired a CISO in 2018, to both make sure that Ninja internally is secure and that our partners use Ninja in a secure way.”

Ninja has now passed the 4,000 MSP partner mark, by coming close to doubling the number of partners over the last year. Spatz said that the change in the type of partners joining now is equally significant.

“The first few years, we drew in a lot of smaller MSPs and one-man shops,” she said. But now we are not a scrappy startup RMM any more, and are getting closer in size to some of the big RMM companies. We are now adding some MSPs with 10,000 devices under management.”

While Ninja was once largely focused on North America, they have also been expanding internationally.

“Last year, we opened an office in Berlin, and we now have customers in 48 different countries, mainly in Europe and Australia,” Spatz noted.

The addition of larger MSPs has accelerated the trend at Ninja towards deepening their feature set.

“Feature enhancements and improved integrations is essential for large MSPs, who have their preferred tools,” Spatz said. “The first three or four years at Ninja was about building out these table stakes features. We lacked some at the beginning, compared to competitors had been around for decades. We upped the ante here in 2019 with four major releases [4.1-4.4].”

These included new and enhanced integrations with Bitdefender, VMware and ConnectWise Manage.

“Those are a big deal for existing customers because they provide more granularity and control,” Spatz said.  “We also had what was really two big releases with new mobile apps for both Android and iOS.”

Spatz indicated that the mobile apps provide more flexible management for MSPs, and are also helpful in competing against mobile-focused RMM Pulseway.

“In addition, we released new remote tools to provide more visibility,” she added.

Ninja also added multiple security enhancements in 2019 after all the ransomware incidents with RMMs.

Looking forward in 2020, the 4.5 release of Ninja’s software is due out in a few weeks, and the company is already publicizing the new features.

“We are leveraging the engineering with new Quality of Life features that existing partners will like, including enhanced out-of-the-box reports,” Spatz said. “It will update reporting functionality, add a Favorites bar and make some scripting enhancements.”

Due later this year is a  BrightGauge integration, which has been an ask for a while. Clickable dashboards, and a Linux agent, which has been huge especially in Europe, are also on the short range roadmap.

Perhaps the most anticipated feature going forward is MacOS patching.

“The emphasis is on improving that single pane of glass experience. This is something that people have been preaching for years, but it’s still what MSPs want. No one wants siloed tools today. As well, with beautiful SaaS products like Slack now out there, MSPs wont accept a clunky software experience any more. We were founded to provide that experience, and I think we are still ahead of the game there.”

Spatz said that while the RMM space is presently undergoing enormous change, with larger ones buying tool makers at a frenetic pace, and the first RMM merger in several years taking place, Ninja thinks it is well positioned for this environment.

“2019 saw a lot of consolidation, with a lot of M&A in the space,” she stated. “ConnectWise acquiring Continuum was huge, and it will be interesting to see how they go to market with two RMMs now. To Ninja, this speaks to a very healthy market and speaks positively to us. We are proud of the fact that we are one of the few private owned RMMs out there. We are still growing fast and expanding fast. Our value remains being easy to do easy with. We will continue to emphasize ‘relentless innovation,’ trying to build not just table stakes features, but trying to think ahead and think of things that MSPs don’t realize is possible.”