The big one in terms of thought leadership is VR Classroom 2, although updates of core Chromebook and Yoga solutions and a new Chromebook tablet will put more money in partners’ pockets. 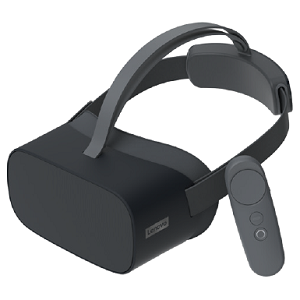 At the 40th annual Future of Education Technology Conference this week in Miami, Lenovo introduced its new education technology portfolio. The headliner here was the Lenovo VR Classroom 2, although at this stage of the virtual reality market, its principal value to channel partners is more likely to be demonstrating Lenovo technological leadership in the education space. Lenovo did announce updates of multiple core education products, however, as well as a new one, the Lenovo 10e Chromebook Tablet.

“What we are really focused on with these announcements is developing smarter technology,” said Rich Henderson, Lenovo’s Director, Global Education Solutions. “What we are driving at at a corporate level is smarter tech for all, which includes smarter education. We have a real focus this year to develop personalized learning solutions around teaching, taking immersive meaning and investing in that. The focus is not simply on the technology itself, but on how it gets used in the classroom.”

While that focus is present in these announcements, Henderson also emphasized that it will also be a strong focus in this year’s Lenovo Accelerate/Transform this June.

VR Classroom 1 was originally introduced in the spring of 2018 at Lenovo’s Transform customer event. VR Classroom 2, an even smarter solution that has more focus on the use of the technology, as opposed to the technology itself, with new classroom management tools designed to make it easier to teach with VR.

“The difference with VR Classroom 1 is how it gets used in the classroom,” Henderson said. “We have been looking deeper into how it becomes more effective in classroom, and I see the key as being how we orchestrate the use of the technology in a classroom setting. The platform now allows management of all the headsets in the district, not just the individual headsets. VR Classroom 1 leveraged Google Expedition as the main classroom driver. We are now moving to a more integrated tool for the classroom. There is also no longer a store on the device.”

Lenovo VR Classroom 2 also uses LanSchool to make it easier for teachers to deploy VR to their classes.

In addition to the deeper content management system, there is now a more diverse curriculum-mapped experience, including STEM, virtual tours, and career exploration

“You can now take formative assessments during the VR experience,” Henderson indicated. “We are also leveraging partnerships from a content standpoint, to use VR to provide a career exploration, and do a personality test. It can now manage a very curated set of content.”

Henderson acknowledged that virtual reality and alternate reality are still in the early adoption phase, but Lenovo is confident that will change.

“Analysts are saying that VR and AR will show tremendous growth over the next five years, although it is still an emerging technology,” he said. “Stanford researchers measuring how students learn climate change found that it assists with recalling and retaining cause and effect together. The efficacy of VR in the classroom is moving beyond game-based experience.

“There is a population of students for whom VR is a terrific tool,” Henderson added. “Disengagement in K-12 is a real issue, and 95% of teachers in a study we did felt it increased engagement. In more challenged schools, some students may never leave their city. VR gives them the ability to immerse themselves in another world.”

At this stage, Lenovo VR Classroom 2’s value for partners is more about positioning them on the technology bleeding edge.

“Where it is finding a home with channel partners is being at the forefront of innovation,” Henderson said. “This is a future tech concept that is being integrated today into the classroom. It’s not mainstream yet, but it embodies the way that we approach the market, moving into how we manage these devices in a classroom setting. We believe we are taking the right steps forward.” 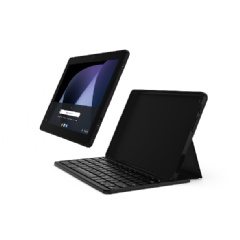 Henderson said that the more mainstream announcements also reflect a focus on smarter technology. One of the devices is a brand new product, the Lenovo 10e Chromebook Tablet.

“This is not a new category, but it is Lenovo’s first Chromebook tablet,” Henderson said. “It opens up a new market for the channel in this environment, and we are excited about the new avenues it will provide.”

“We have designed it with the rugged education spec in mind,” Henderson indicated.

The  other products are updates of existing models. The ThinkPad 11e Yoga convertible, is thinner and lighter than ever, at 19.9mm and 3.1 pounds, and the Intel processors have been updated.

“The Pencil Touch Technology lets students to use a No. 2 pencil to interact directly with the screen,” Henderson said. “Digital inking shows higher recall rates.”

Lenovo is also working on other innovation related to the education vertical.

“I’m hearing so much buzz about e-sports, and we are developing an e-sports solution and bringing that into K-12 schools,” Henderson said. “It’s not just the Legion hardware, but integrating it into the curriculum to encourage STEM careers.”