In addition to WatchGuard’s expansion of its DNS-level protection and content filtering service outside the network perimeter, they are also announcing Passport, a new bundle of services for partners which includes the new service, their existing Authpoint, and a new EDR service that will be out next year. 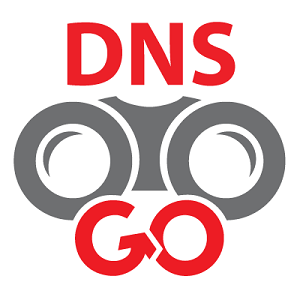 Seattle-based network security vendor WatchGuard Technologies has expanded their DNS protection services with the release of DNSWatchGO, a new cloud-based security service that automatically detects and blocks phishing attacks, command and control callbacks and data exfiltration attempts. It expands on DNSWatch, which they introduced last year, by protecting users outside the network perimeter as well as inside.

“We are focused on the network security space, but in the last five or six years we have added a lot of diversification,” said Michelle Welch, Senior VP of Marketing at WatchGuard Technologies. “In 2016, we added threat detection and response, and last year, we added DNS filtering on the network with DNSWatch. This was our first product which was not reliant on our Firebox firewall. We are now expanding our non-Firebox service with DNS WatchGO, which provides both on-network and off-network protection.”

Welch said that the use case for this expansion of DNSWatch is straightforward.

“It’s about protecting the mobile workforce,” she stated. “According to data from a recent CITE Research survey, most employers – 92 per cent – now allow employees to work remotely. This in turn opens them up to more threats.  64 per cent of mid-sized business said that they experienced a breach through a remote worker being breached. With this, the capabilities are almost exactly the same as on the network, but you no longer need to be attached to the network. You can be on a Starbucks Wi-Fi and get the same benefits.”

Those benefits see the DNS-level protection and content filtering provided by the existing DNSWatch service extended to monitor and correlate outbound DNS requests from off-network users. All endpoint attempts to connect with known malicious infrastructure are blocked, users are redirected and the traffic is routed to DNSWatch servers for further investigation and malware removal. DNSWatchGO also lets organizations easily set policies to automatically prevent users from accessing inappropriate destinations. It also lets MSPs expand their services portfolio and bring added value to customers by offering security layers for endpoints outside the network. 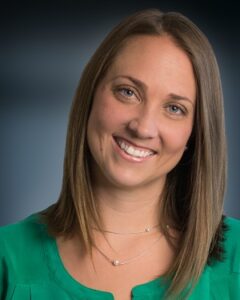 “There’s also an educational element,” Welch said. “When an employee triggers a phishing attempt, instead of just rejecting the bad site, the user gets an educational screen explaining what they did wrong and is redirected to a resource that provides education about phishing. The company can turn this off if they want, but the employee cannot.”

Welch said that DNSWatchGO provides a differentiation for WatchGuard, and for the approximately 10,000 channel partners who are their route to market.

“It strongly differentiates us compared to if we only had a network-centric approach to security, because the customer doesn’t have to look elsewhere for non-network protection,” she said. “A few competitors offer this, and a few don’t. But we also have just one SKU and one thing to deploy and some competitors have multiple products.”

“Our true differentiator is enabling the channel,” she said. “It’s in our DNA to make it as easy as possible for channel to do business with us.

Along with DNSWatchGO, WatchGuard is further enhancing its channel support with Passport, an easy-to-buy bundle of user-focused services that includes the new offering.

“With the introduction of DNSWatchGO as our second user-centric security service, joining our Authpoint multi-factor authentication, we are announcing Passport,” Welch said. “In the first half of next year, we will be adding an EDR [Endpoint Detection and Response] service to Passport as well. We will be offering Passport at a promotional discount until we add these additional EDR services. And when we do add them, partners who buy Passport now will get this third service for free when it becomes available. Partners know that when they invest in this, new services will be added into this single SKU.”

Welch stressed that like the DNSWatchGO service, Passport and its single SKU simplicity is a major differentiator for WatchGuard.

“It’s not just ticking the box, but really enhancing the channel experience,” she said. “Our true differentiator enables the channel.”