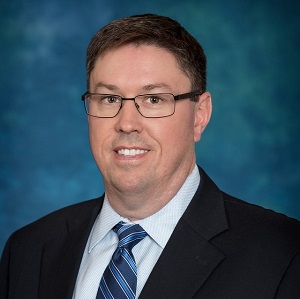 Tech Data has announced a deal to add cloud-first endpoint security vendor Carbon Black to its line card in Canada and the U.S., another cog in the growing security business for the distributor.

Adding Carbon Black is part of an effort to “fill a hole in terms of next-generation security,” said Alex Ryals, vice president of security solutions for North America at Tech Data. Ryals noted that Tech Data has a strong lineup of more traditional endpoint solutions, and that those vendors are “doing a good job” in terms of adding cloud-first endpoint, threat hunting, and endpoint detection and response, but that the distributor “wanted to also add some new, next-generation endpoint security” offerings to the mix.

Part of that approach is because of the move of the channel towards managed services. Ryals noted that while the company’s software offers automated detection and response, “there are a lot of services capabilities around Carbon Black, and particularly managed services.”

While the agreement was announced at the recent TechSelect solution provider community conference in Orlando, the deal has been in place since August, and the distributor is already selling Carbon Black, including some big deals.

Ryals said the mix of EDR and threat-hunting brings a lot to the table for the company’s solution providers.

“Traditionally, endpoint has been about defending against bad guys attacking, and finding them out after they’ve got in. But if you can go on the offensive and be a bit proactive, that’s a huge step forward,” Ryals said. “It gives [our partners] a chance to finally break the cycle of bad guys being in [customers’] systems 140 days before you detect them.”

In August, coincidentally right around the time the Tech Data deal was signed, VMware announced plans to acquire Carbon Black, with which it has previously partnered. That deal is will pending, but Ryals said the vendor being part of VMware “will definitely strengthen [Carbon Black’s] value prop over time,” particularly as VMware customers and partners are brought more into the loop after the acquisition closes.

As one would expect for a distribution deal with a relatively new-to-the-channel vendor, much of Tech Data’s early efforts will be around signing new partners for the company. Ryals doesn’t expect that to be a challenge.

“I have no shortage of partners who are transitioning into security services right now,” Ryals said, adding the distributor offers a security Practice Builder program, aimed at helping traditional infrastructure VARs transition to new opportunities.

Networking and cloud security are areas of particular focus for Tech Data right now, and the security business is getting a lot of spotlight. Next month, the distributor is hosting its first-ever Tech Data Enforce security-focused event in Phoenix, coinciding with the launch of the distributor’s first-ever “Cyber Range” security facility there.

Ryals describes the soon-to-open facility as a combination of a showcase for the company’s security vendors with “a kid’s science museum” because of a focus on hands-on education with interactive games and demonstrations. As well as hosting security-centric vendor events and partner training, Ryals said the facility would be used in part to promote careers in cybersecurity to youth.