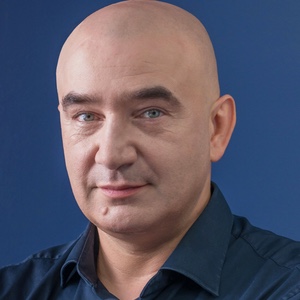 The company first introduced the concept of the Acronis Cyber Platform earlier this year, in what CEO Serguei Beloussov described as a soft-launch. But speaking Tuesday morning at the company’s event here, Beloussov gave the offering a “second soft-launch,” making the pitch to the 1,000 or so MSPs and other partners in the room that a platform play will drive more opportunities.

Beloussov outlined the background in platforms that key Acronis staff have, their pedigree including having worked on the massive Plesk/CPanel Web-hosting platform, the Odin cloud automation platform developed by Parallels, and the cloud ERP software company Acumatica.

“Making platforms is an incredibly difficult endeavour, not just in terms of technology but in terms of partnership,” Beloussov said. “But we have experience building platforms. It takes time, and we’ll move steadily forward.”

The company defines the platform as a series of APIs and SDKs that effectively open up access to its data protection engine, letting third parties connect to Acronis’ agent software, introducing new features and extending the reach of what the company aims to protect. Beloussov said the aim is to help its MSP customers offer more protection for more things, reduce customer churn through more customized offerings, and add new revenues by selling to the existing base. But to make it happen, the company needs to build a community of developers — both from the ISV community and other third-party developers and from within its channel.

“The most important part of the platform is developers, having developers work on the platform. And every time we get together with our partners, we will engage whoever develops anything on our platform and enable them to sell,” Beloussov said. “This is a $250 billion market that’s growing, and that begs for consolidation. And you can build tools for it.”

To that end, the company has rolled out a series of supporting players for the APIs and SDKs it’s published, including new resources for developer support, a developer portal, events targeting develops, and a solutions portal for surfacing the work of those developers.

The company says it has between 10 and 20 million workloads currently protected by its agent software, and all of those agents are upsell opportunities both for MSPs and for software developers — not that the two are necessarily distinct from each other. Beloussov called the MSP community “the best channel in the world” for software developers to target due to its large number of customers, its stickiness with those customers, and its ability to introduce new services to that sizeable existing base.

“You have the customers,” Belloussov told MSP attendees. “Add new services, add new value, then sell on top of the services you already have. The most important thing you can do is sell more to those you’re already serving.”

The company’s promise to both MSPs and developers is that “we can protect any data, on any device,” said Stanislav Protassov, president and COO of Acronis. “We want to protect all your data and provide you with total cyber-protection.”