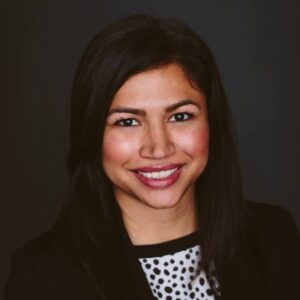 With just over four months left before the venerable Windows 7 goes end-of-life in January, Microsoft Canada is turning up the volume on its “make the shift to a modern PC” message, including a keynote spot at distributor D&H Canada’s annual Toronto-area trade show Thursday.

Microsoft Canada’s Mirelle Durham, senior partner marketing manager, and Raman Dua, corporate master trainer, took to the stage at the D&H event, saying there are some 1.5 million older PCs in Canada still running Windows 7, describing it as a once-a-generation opportunity for partners to do a massive PC refresh — one that the company hasn’t seen since the last time a long-standing version of Windows reached its end of support.

“This is one of the biggest attach opportunities we’ve seen since Windows XP went end-of-support,” Durham said. “Get out there and sell Office, sell warranty, add the value that you add to increase basket size on these deals. We won’t see this kind of opportunity again for a while.”

Those 1.5 million machines are joined by a further four million devices that are more than four years old, for what Microsoft characterizes as a $3 billion opportunity for the company’s partners in the months to come.

The company’s strategy is to drive those still running Windows 7 towards “hero devices” from top hardware manufacturers that take advantage of new capabilities in Windows 10. Security is perhaps the top driver — Windows 7 will no longer receive security updates after it goes end-of-life in January, and will never include features like Windows Hello facial authentication that’s baked into Windows 10. But it’s not the only one. In fact, a Microsoft-commissioned study puts a $2,400 U.S. price tag on continuing to run Windows 7, including the cost for lost productivity, maintenance and repairs, and security breaches. Many of the recommended replacement devices build around Windows 10 come in well south of that annual sum.

The company also puts the spotlight on the increasing number of technology-native millennials in the workplace, noting that next year, millennials will make up 60 percent of the workplace. And they, as a group, are more likely to reject older technology offerings and expect the same kind of computing convenience they have grown up with in their consumer lives.

“Our users are expecting a better user experience, and that’s where Windows 10 plays a key role,” Dua said.

Microsoft is supporting the message to customers with a massive “make the shift” media campaign, but is also offering partner-specific training and tools. Durham detailed the company’s “Seven Wonders of Windows 10” campaign, a series of online training offerings for partners around Windows 10 benefits, tied to the Seven Natrual Wonders of the World. The campaign is available for partners to ramp up their Windows 10 knowledge in the company’s Expert Zone portal.

“It’s all online for you, with script, discussion guides, and demo walkthroughs to really bring the message to life for your customers,” Durham said.

Windows 7 will no longer get updates from Microsoft after the company’s January 14, 2020 deadline.