IGEL believes that their new software licensing, on top of their strong momentum in the space, will soon make them the leader in the total number of thin client systems shipped –although only the hardware ones count in the analyst numbers. 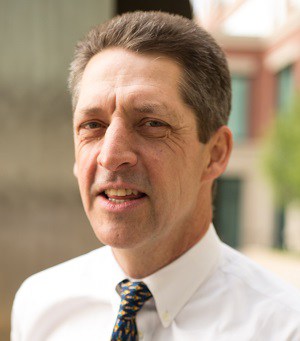 Thin client and endpoint management software maker IGEL have introduced both their new IGEL 11 operating system and the IGEL Workspace Edition. The key enhancement in OS 11, which is manifested in the IGEL Workspace Edition, is the availability of a new software-based licensing option which decouples hardware from software to enable full license roaming capability between devices. In addition, IGEL also announced a new partnership with LG, and a three-way one with Teradici and Tehama. It all adds up to growth that IGEL expects will see its total licenses – including those software-only ones – eclipse the longtime market leaders in the fairly short term.

“The new licensing mechanism is exactly what the new IGEL 11 OS and the IGEL Workspace Edition are about,” said Simon Clephan, IGEL’s Vice President of Business Development and Strategic Alliances. “Before, we offered a license that came with a box, now you buy the license completely separate, and you pay for it once, and it lasts in perpetuity.”

IGEL has focused on the software-defined nature of their solution, particularly in the last several years, but hasn’t moved to a software-based licensing option until now because the old hardware-based one has been a differentiator for them.

“When IGEL started, we decided that we would offer a better value proposition by offering a hardware device with a five-year warranty – not three-year, as was standard with other vendors,” Clephan said. “There was also nothing to pay after you initially bought the device, because we never charged for software maintenance.”

IGEL has changed its tactics, Clephan stated, because they have reached the point where they see the potential of a breakthrough in the market, which has been dominated in perpetuity by Dell and HPE, with IGEL having climbed over other smaller players to move from seventh in North America three years ago to third.

“We see an opportunity to disrupt the market,” Clephan said. “We believe that we have an opportunity to displace the HPE and Dell hardware, because of their traditional model, where they try and sell you a new box and you throw away the old one. By stripping the OS from the underlying hardware, we also will make it possible to bundle it with other features in a new Enterprise Management Pack software subscription. We have these other products – cloud gateway, unified management, asset inventory tracker, an MDM product. We used to sell all these things separately. Now we can bundle them as a tight solution that simplifies the buying process.”

IGEL Workspace Edition is sold as a license with annual support, and is available through either the traditional perpetual licensing, or as a subscription offering. Enterprise Management Pack is sold as a subscription, with ‘Good-Better-Best’ support packages available. The basic Select support is standard, with Priority, and Priority Plus upgradeable options.

The new OS 11 has additional attributes in addition to the new licensing capability. These include a switching feature and profile support for IGEL Universal Desktop, IGEL UD Pocket and the IGEL UDC using the same firmware across all devices. In addition, an enhanced display switching feature supports complex configurations with more than two screens. Auto-DPI is now provided for 4K displays.

Clephan said that IGEL’s continued extension of its software’s support for new hardware with OS 11 is more than just checking off boxes.

“It shows that we are becoming a more responsible player, in the end user computing space, where we are truly validating on different hardware and offering full support with SLAs and 24/7 support. We have matured as a vendor, to offer a more comprehensive solution for the enterprise.”

IGEL announced a new partnership with Vancouver-based PCoIP provider Teradici and Ottawa’s Tehama, which provides a highly secure workspace-as a service. The solution provides scalable workspaces which can be onboarded in hours rather than weeks, and is now available on the AWS platform. IGEL also announced a new alliance with LG Electronics USA Business Solutions, through which IGEL is expanding their OS device support to include LG’s family of high-definition monitors and new all-in-one thin client devices.

“LG is actively going after the enterprise market and are new to it in this space,” Clephan said. “They have been selling TVs to large employers, but their entry into thin client computing is new. They started shipping in the 3rd-4th quarters last year. We see this relationship eventually leading to our replacing our all-in-one units, because they know a lot about screens and monitors, and we can leverage that to build an all-in-one unit. They are currently shipping two all-in-ones – a 24 inch one that is perfect for the health care market – and a 38 inch one that you can split into 2 or 4 different displays to save space.”

Clephan said that IGEL’s growth indicates serious momentum, to the point where the prospect of breaking into the top two spots in a highly oligopolistic market can be discussed seriously.

That’s the catch, that the projected explosion of software licenses based on established momentum plus the new licensing model won’t be captured the way IDC reports shipments in this space, by hardware units.

“We will literally overtake one of Dell or HPE in the next two years,” Clephan said. “IDC will probably not report that. It’s so much easier to count the hardware units than the software. We probably won’t be recorded as being number one. But we will know in our heart of hearts we are – and we can steer our software customers to a hardware vendor with whom we are partnered.”