Axellio has only had its new product portfolio on the market for a little over a year, but has met with a strong response for their edge solutions in the performance part of the market, and just introduced a new HCI solution in partnership with Microsoft that is based on the Microsoft software-defined stack. 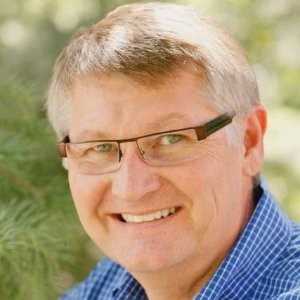 Colorado Springs-based X-IO Technologies has fundamentally transformed itself. On Tuesday, the company announced that it has signed a letter of intent with Violin Systems to sell the storage business that has been their core since the company’s inception two decades ago. They also rebranded themselves as Axellio, and will focus on developing the edge-computing and hyper-converged intrastructure [HCI] business that they have developed much more recently.

X-IO was originally founded in 1997 as Xiotech, and was rebooted in 2002 as the Seagate Advanced Storage Group. The first version of what would become their flagship X-IO Intelligent Storage Element [ISE] dates from 2006. The Xiotech name returned in 2007, when Seagate spun the organization off. It was in turn later rebranded as XIO, and then, with the hyphen, as X-IO. The one constant the company had however is that in a densely populated storage market, they couldn’t sell enough product.

“I came in as CEO three and a half years ago, and we looked closely at our data storage business,” said Bill Miller, CEO of X-IO – and now Axellio. “It was clear that we really didn’t have enough scale for our marketplace. We have been thinking since how we would get more scale. We didn’t have the muscle to do so ourselves in a market where scale and volume matter. We didn’t have the access to financing to overcome this by growing organically. We looked at acquiring someone else. We had been using some of our engineering talent around hyperconverged and edge computing, where the market isn’t quite so competitive, and we thought we could do some interesting things there. So we decided to sell off the storage business. As Axellio, we will focus on the edge computing and HCI businesses that we will grow as a startup, and we have sufficient financing to pursue that.

The new technology has been under development for approximately three years, and came to market in 2017 as the Axellio FabricXpress. In its initial form, it was an edge computing platform for streaming big data analytics, and has since been expanded.

“There is a lot of confusion today over exactly what edge computing is, and it can be defined as anything that is NOT the cloud, but what we do really fits use cases where roundtrip latency to get to the cloud and back are too long for the applications,” Miller said. “Real time control systems would be a good example of that. Another big driver is where use cases need to be on site for reasons of privacy and security. That applies to defense and intelligence of course, but it also applies to places where people, for many reasons, don’t want to interact with the public cloud. Another use case is mobile and transportable applications, which are moved, packed up, and then moved again. We saw a lot of interest early in streaming analytics at the edge.”

Axellio FabricXpress has been effectively broadened into four product areas – edge micro clouds, micro data centres, transportable applications and HCI. The Micro Cloud is a purpose-built solution for implementing scalable cloud architectures and running cloud native applications at the speed needed to offer real-time insights. The Micro Data Center is a 2U architecture that uses graphics processing units to run machine-generated data, data analysis, crypto-currency, and complex problem solving. Portable Axellio is an edge-computing system in two suitcases that meet commercial airline standards, including one suitcase small enough to carry on the plane. The system lets IT teams travel simply, effectively and flexibly, to set up a mobile data center anywhere at a moment’s notice.

The HCI business in particular has enormous potential, which Miller said has been jump-started by a partnership with Microsoft. 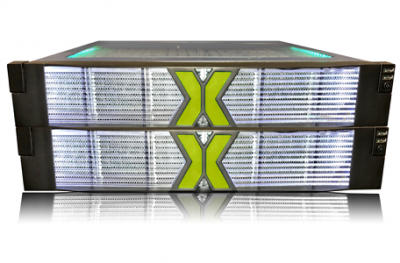 “We can bring an incredible level of performance and density to HCI in a really small package,” he stated. “Last month, we released our first product here, the FabricXpress Windows Server Software-Defined solutions [FX-WSSD]. We have partnered with Microsoft using their Windows Server 2016 and 2019 software-defined stack. Microsoft invited us into their HCI Showcase booth at the Ignite conference in Orlando, where we demonstrated it.”

This FabricXpress solution is uniquely designed to “scale in” by converging storage and compute in a 2U chassis, and uses NVMe over PCIe to make the most of virtual workload CPU performance improvements in Windows Server 2019.

“Microsoft has announced multiple partnerships with hardware vendors around this, but the other partnerships are more around normal commodity items,” Miller said. “Microsoft really got excited about what is different in our platform, and how it can serve a performance density and scale market. We are targeting this very much at that part of the market that values density and performance – as well as having a strong relationship with Microsoft. It works well in traditional workloads like VDI because it can offload a lot of GPUs. However, we are also finding a lot of interest in the kinds of workloads you wouldn’t always expect, such as transactional databases, and environments which mix database workloads with more general ones.”

Axellio will take their portfolio to market through a hybrid channel strategy.

“Some of the storage partners who will be moving to Violin where also interested in our HCI and edge offerings, and will continue to sell them, so the solution provider channel remains important,” Miller said. “We also work with some customers who are large integrators in their own right, and are working with some large integrators around edge solutions. These are really SI and OEM channels. We also deal with some large accounts direct on the edge side.”