This collaboration, an important step in the expansion of the Veeam-Nutanix partnership, was announced over a year ago, and has been in beta, but is just now at the brink of general availability. 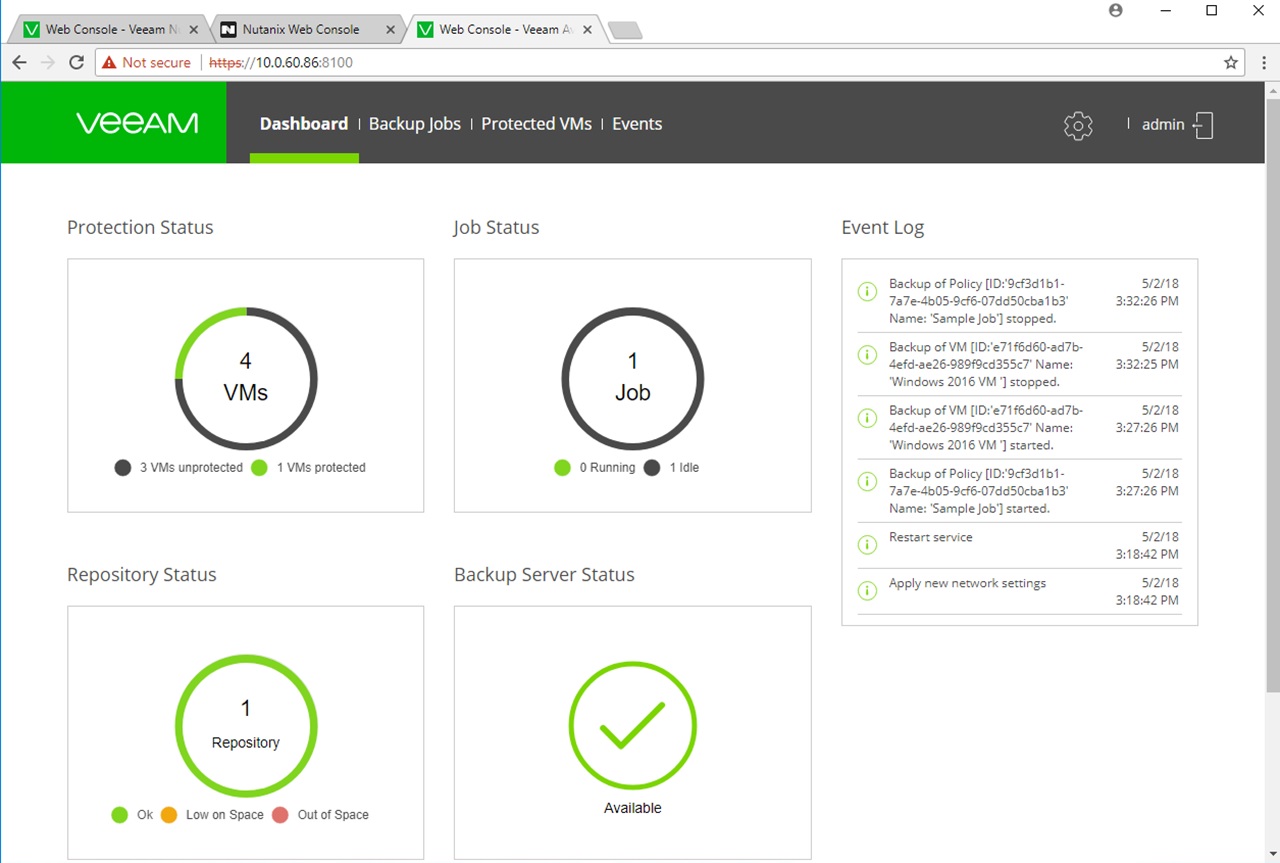 Last year, at the Nutanix .NEXT event in late June 2017, Veeam co-CEO Peter McKay personally announced that Veeam and Nutanix had greatly enhanced their previous technical collaboration, with a partnership through which Veeam would support the Nutanix AHV hypervisor and the ecosystem that surrounds it. It was a significant announcement, and one that provided an important validation of Nutanix’s hypervisor. Now, Veeam is announcing, more than a year later, that the collaboration is finally approaching general availability.

“These things do take time, although in this case, there were some difficulties, and we took longer to get it right,” said Rick Vanover, Veeam’s Director of Product Strategy. “People don’t want to take a chance on an integration not being perfect, and they find out that their backup didn’t work when they need it.”

Vanover indicated that there has been some activity around this even before availability was formally announced.

“We have customers using it in beta now, and we have partners who have been selling it,” he said. “Our more technical partners have really latched onto this.”

A key attraction of the Nutanix hypervisor is that it is free – unlike the hypervisors of the market leaders in the space. The availability of the joint solution will allow Veeam customers who choose to use the AHV hypervisor to realize those benefits, as well as the advantages of simplified IT operational management in a pure Nutanix environment.

The caveat is that this is still a relatively low percentage of the market, with the AHV hypervisor being used in a minority of use cases even by the Nutanix customer install base. Vanover acknowledged that from Veeam’s perspective, they don’t expect their AHV integration will immediately bring in bags of gold, but pointed out that there were still other solid reasons for Veeam to value this relationship.

“For us, our ability to support AHV is more about the partnership than a response to the market and looking to enhance our market share,” he said. “Our business partnership with Nutanix has been very good on the VMware and Hyper-V side, however. They have been a great partner to work with.”

“We both operate very well in the channel,” he said. “We know that we need to provide our mutual partners the ability to provide a total solution for their customers who want this. For these partners, it really is a case of 1 +1 = 3. “The channel will respond very positively to the availability, and that in turn puts us in a better position with our channel partners around the world.”

Veeam Availability for Nutanix AHV will be available before the end of the month.