N2WS, which Veeam has just bought, is a focused AWS cloud backup vendor. While they have gone to market through the AWS Exchange so far, they consider the product very channel-friendly for both resellers and MSPs. 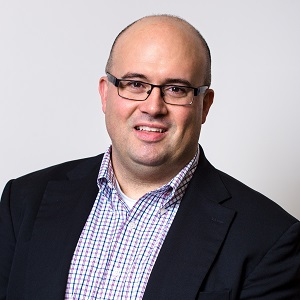 That didn’t take long. Less than a week after Veeam co-CEO Peter McKay told ChannelBuzz that Veeam’s long ten-year stretch of purely organic growth since they made their first and only acquisition in 2008 was likely to end soon, the company has made its second-ever acquisition. It’s also unlikely to be their last – even their last of 2018.

The acquired company is N2WS, which Veeam acquired for $42.5 million in an all-cash transaction. N2WS was founded in 2012 in Haifa, Israel, brought their first product to market in 2013, and now have their head offices in West Palm Beach, FLA. The R&D facilities remain in Haifa.

The two companies had already been business partners. They announced an integration at the VeeamON event, which also included Veeam making an investment in the company.

“We liked their technology, and wanted to invest in it,” said Rick Vanover, Director of Product Strategy for Veeam. “They make a cloud-native backup product specifically for the AWS cloud.”

That native AWS capability will provide Veeam with a boost to their strength in the AWS cloud that will integrate into Veeam’s own product going forward.

“There is a balance between specialization and versatility,” Vanover said. “Veeam is very versatile, but that also means that it is not native AWS, and doesn’t have that kind of cloud-native capability. N2WS, on the other hand, is very specific to AWS. That means that in AWS, our product could not do things at the same speed at the N2WS Cloud Protection Manager, and their product also works extremely well at scale. In addition, it is agentless, and a further differentiator is that it is an incredible Platform-as-a-Service play that supports platforms and can back up databases like Oracle, SQL and MongoDB. It gives us a really good range of backup options.”

“Our founder saw a gap in the market for backup that could do in-cloud workloads well,” said Ezra Charm, N2WS’ Senior Director of Marketing. “Companies were doing backup to the cloud, and from the cloud, but there was no good solution within the cloud itself. AWS had the functionality for this, but for an enterprise to do this themselves required a lot of heavy lifting, and relied extensively on writing scripts.”

Charm said N2WS’ technology is still highly differentiated from other data protection solutions, which are not AWS-native and which have been trying to adopt a method to cover workloads in the cloud.

“This is purpose built for that,” he said. “It taps into best AWS has to offer, and far exceeds industry standards on the most important metrics – RPO [Recovery Point Objective] and RTO [Recovery Time Objective]. We leverage block-level incremental snapshots that are native to AWS, and maintain backups in AWS as highly available snapshots. Then the real magic of the product is in the recovery – providing one-click restore to be back in production in 30 seconds.”

N2WS will not be directly integrated into Veeam. They will remain a standalone company, will keep their brand name, and become ‘N2WS, a Veeam Company.’ Their sales, marketing, R&D and customer service operations will remain separate. This is something that Veeam thought was important.

“Ratmir [Timashev, Veeam’s co-founder, and now Senior Vice President, Marketing and Corporate Development] was on our Board od Directors, and proposed that this was how it would work,” said Jason Judge, N2WS’s CEO, who will continue in that role at N2WS, a Veeam Company. “They always wanted us to be run separately.”

Judge said that the acquisition made sense as a follow-up to the integration between the two companies last May, but that it wasn’t pre-ordinated.

“It was a logical outcome, but they wanted to see how quickly we would be growing,” Judge said. “We have experienced some really strong growth, and have grown our revenues in 2017 by 102 per cent.”

Andy Langsam, N2WS’ Chief Operating Officer, said that being acquired by Veeam makes sense to continue their growth trajectory as they expand.

“We always knew that as we grew the company, at some point we would have to support other clouds and physical servers, so it made sense to partner with Veeam, who is the clear leader here,” he said.

While N2WS remains separate, some degree of integration will take place with both the product, and the go-to-market models, although there are some integration hurdles to overcome, and the broad Veeam channel won’t get access to Cloud Protection Manager right away as a Veeam product.

“Cloud Protection Manager today is sold exclusively through the AWS marketplace,” Vanover said. “Their go-to-market is materially different from our 100 per cent channel operation. Going forward, there will be some integration of the businesses because there will be integrations with the product, and  support and sales will also blur a bit.”

While integration work has been ongoing for months, and is complete at one level, a key problem remains to be overcome.

“We have a working integration,” Vanover said. “I’ve seen it work, and it’s just the question of folding it into the product. If all we wanted was checkbox parity, we could bring this out quickly. The problem though, is the transfer costs – taking the data out of Amazon. That’s the conundrum, and we are retooling the technology and making it more efficient. Peter McKay would rather wait till the right time, and get this solved, rather than come out with a solution tomorrow.”

How long this will take is still up in the air.

“It could be more than six months away, but I would love to see it come in the next release {Veeam 10],” Vanover said.

The development will have to get to that stage for the vast majority of Veeam’s channel to monetize the N2WS technology.

“When that happens, there will be a way for the channel to latch in, when resellers will be able to sell a solution,” Vanover said. “That’s not available yet. Today, they can sell N2WS, but don’t get credit for a Veeam sale with it, although it can mean the customer won’t have to go to another vendor.”

The N2WS execs said that once Veeam partners get credit for selling their technology, they will find it to be exceedingly channel friendly.

“We’ve actually been having discussions with AWS about resellers,” Langsam said. “We are one of their most successful vendors. They want to use the Marketplace to interact with large resellers like SHI. We also have about 40 channel partners who buy from the Marketplace.”

Langsam said they are eager to see what Veeam’s huge channel can do to drive their sales.

“If you are looking to scale quickly, resellers are a great way to get that,” he said. “Veeam has one of the most successful reseller channels I’ve ever seen.”

Judge pointed out that their product is also well-suited for MSPs as well as resellers, and that they have MSP partners who buy the product today.

“We have about 20 MSP partners, and they are large ones,” he said. “The product is designed for multi- tenancy, and we also offer consumption-based licenses.”

So what’s next for Veeam? After a decade of purely organic growth, the company is looking to expand, not by buying up direct competitors, but by strategic acquisitions like N2WS in adjacent spaces. Vanover said that there has been a culture change in this respect, and cites the impact of co-CEO McKay, who was promoted to that role in May 2017.

“The short answer about the move to acquisitions is Peter McKay,” Vanover said. “He has experience around this, and has gone through them before. We as a company know that these are things we need to do.”

“I would not be surprised if we see the cadence of acquisitions increase,” Vanover added. “We are coming off an absolutely smashing year. We now have a team of sharp people working with Peter just on this. If we meet our Q1 sales goals, we will be in a position to act on this type of plan, putting the  business in a position with all the things we need to grow.”