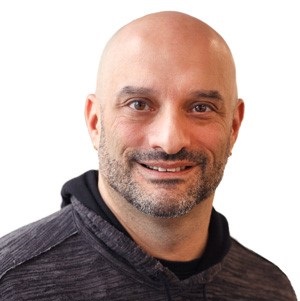 LAS VEGAS — Seattle-based scale-out file storage vendor Qumulo has undergone significant changes in the last year, bringing in a new leadership team and broadening out their go-to-market strategy. As part of that broadening out, Qumulo is entering into new vendor relationships. They have joined the HPE Complete program and will bring a validated solution to market through HPE and its channel in which their software will be sold on HPE’s high-density Apollo 4200 servers.

“Qumulo has been around for about five years, and because distributed file systems are hard to build and fine-tune, it typically takes about five years for the products to mature,” said Jay Wampold, Qumulo’s VP of Marketing. “Within the last year, the product has really matured.”

During that time, Qumulo has also restructured its leadership team, bringing in veteran leadership from the early days of Isilon before its acquisition by EMC. This included Bill Richter, who came in as CEO at the end of November, with former CEO Peter Godman transitioning to the CTO role

“A group of us with a shared history from the early days of Isilon, when it was the size Qumulo is now, joined in the last six to nine months,” Wampold said. “It was necessary to make changes to scale the business. We brought in a team that really understands go-to-market, and when you have people who have done this before, confidence goes up.”

Wampold said that Qumulo received synergies from the leadership changes coinciding with the maturation of the product.

“We are now playing offense,” he said. “The opportunity is enormous. The last distributed storage system that was built was really Isilon in 2001, and in the 10-15 years, the growth of file-based data has far eclipsed the design assumptions of older architectures. We have built a distributed file system with analytics to provide real time visibility and control, that scales to the multi-petabyte level.”

The HPE relationship is one major element of a comprehensive plan by Qumolo to improve its go-to-market. Previously, while they sold through a 100 per cent channel strategy, that relatively small channel was pretty much their only route to market.

“We first qualified on the HPE hardware platform eight months ago, and started on the process of joining the HPE Complete program, three months ago,” Wampold said. “From there we moved like the wind to get the solution ready for launch at Discover. There was a lot of work around training and enablement, working on things like how the software gets distributed, how deals get registered and how products get delivered. We also announced our first joint public customer, DreamWorks Animation, which is now using Qumulo Core running on HPE Apollo servers.”

The HPE relationship makes the Qumulo solution available on the HPE Apollo 4200 Gen9 Servers today, with availability on additional server platforms in the second half of 2017.

“With this the entire HPE global sales organization and partners become our sales channel,” Wampold said. “We also fill a gap for HPE around file, giving them a strong offering to compete against Dell EMC Isilon and NetApp.”

Wampold also indicated the plan is not to stop at HPE with these partnering deals.

“This announcement is our downpayment on a longer-term strategy to sell Qumulo and serve customers on platforms of their choice,” he stated. “Over the last month, we have been getting a lot of inbound interest from other server vendors, and we expect some developments there.”

Another leg of the strategy will be an offering in the public cloud.

“Our customers are taking us there,” Wampold said. “They want to have the ability to run their stored and managed data both on-prem and in the public cloud, and want to be able to move data back and forth. Some also have different geographical requirements with different data sets. So we will be developing that part of our strategy.”

Wampold also indicated that Qumulo’s expectations of the HPE partnership are very high.

“I’ve been involved in a lot of these kind of deals over the years, where people think it will be a silver bullet, and so I’ve gotten a little jaded,” he said. “But the amount of inbound interest from the HPE global field team here has eclipsed my expectations, which are now very high. There is a need in the market for this, and HPE has not had a solution to fill that need.”