Veeam will support Nutanix, for the first time, by the end of the year, and Nutanix will promote Veeam as their premier availability vendor. 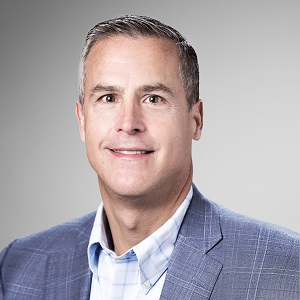 WASHINGTON D.C. – At the Nutanix .NEXT here, Nutanix and Veeam have announced a significant expansion of their relationship. While the two companies have had a working relationship for several years, it has not been a particularly close one. That all changes now. Veeam adds support of the Nutanix AHV hypervisor in its flagship Availability Suite. Nutanix in turn has made Veeam the designated Premier Availability solution provider for Nutanix virtualized environments.

“Nutanix and Veeam are partnering to support AHV and the ecosystem that surrounds that,” said Sudheesh Nair, Nutanix’s President, to cheers from the audience at the evening keynote at .NEXT.

Veeam’s co-CEO Peter McKay then took the stage, and talked briefly about the evolution of the new relationship.

“We sat down and thought about what a partnership could look like,” McKay told the audience, emphasizing that both Nutanix and Veeam are all about simplicity. “We discussed joint marketing activities, but most importantly, the engineering aspect, specifically Veeam moving to support AHV.”

“We’ve been working with Nutanix for two to three years, and have been primarily focused on best practices around VSphere and Hyper-V,” Emsley said. “However, after Nutanix introduced AHV, there has been ask from Nutanix – ‘how can we do more together?’ They have customers migrating workloads to AHV for various reasons. However, they have also had a problem. Many customers have been reluctant to make the move because they are Veeam users, and don’t want to move to a non-Veeam environment. To date, Veeam has not supported the AHV hypervisor.”

The new partnership has several components.

“We are announcing our commitment to support Nutanix, which we have not been supporting,” Emsley said. “We will support Nutanix’s AHV hypervisor by the end of the year. Nutanix adds us into their Strategic Partner level in their Elevate partner program for technology partners, and makes Veeam a featured app in the new Nutanix Marketplace. We in turn, add Nutanix to the Elite Tier in our Alliance Partner program.”

Nutanix has also agreed to promote Veeam as the premier Availability solution for supported Nutanix virtualized environments. Nutanix has many, many partners in the backup and recovery space, and so this naturally begs the question of exactly what this part of the agreement means. Veeam is the only vendor in the space who terms themselves an Availability vendor – a term they coined – which explains why no one else has chosen to use it. Veeam’s competitors are likely to say that the agreement has little meaning. Not surprisingly, Veeam has a different interpretation.

“There are certainly some semantic issues here,” Emsley said. “We have led with Availability for the last three years, because it simply resonates more with customers. They ask the question – ‘how available am I.’ We know that Nutanix has a broad ecosystem of vendor partners. From our perspective, however, we think that the agreement is all-encompassing. Our stance is that Veeam’s endorsement of Nutanix here is extremely important to their customer base. They have been looking to work more with us. So they are positioning us as their lead solution in the protection of all their virtualized environments.”

Emsley said that the partnership also makes sense for Veeam because the growth of hyper-converged infrastructure benefits a virtualization-focused vendor like themselves.

“HCI is predicated on highly virtualized environments, so it fits very well with the work that we do,” he stated. “Jason Buffington of the Enterprise Strategy Group has said that when you modernize production you must modernize protection as well. We are seeing that happen. As data centres make changes to embrace HCI, we see many companies changing their legacy backup solutions for Veeam Availability.”

With the new partnership, this is the first year that Veeam has been visible at the .NEXT event.

“Last year, we did come as attendees to discuss things, but this is the first time that we have exhibited here,” Emsley indicated.