Part of HPE’s recent announcements at their Discover event in London involved a new partnership with storage vendor Spectra Logic, for whom the announcement is particularly significant. 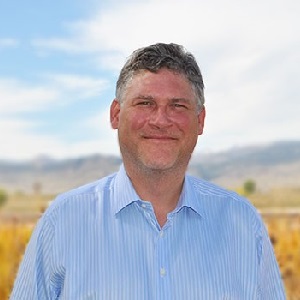 Boulder CO-based Spectra Logic, which makes both object storage gateway and tape storage products, has announced a new relationship with Hewlett Packard Enterprise. It will see the two companies establish a new reseller relationship through which HPE will resell high-end Spectra tape libraries.

Spectra and HPE have partnered before – but not around these product sets.

“Spectra is extremely well ingrained in the tape archive market, and we have a lot of engineering relationships just from a pure market standpoint,” said Brian Grainger, Spectra’s Chief Sales Officer. “We had had a long-standing relationship with HPE on the tape advisory group. But this is completely separate. HPE had been OEMing their high end tape library from another company. They made a decision to end of life that, and to use Spectra for high-end tape.”

Grainger said that this relationship will be different than the one HPE had with the other company’s product before.

“This is not an OEM deal,” he said. “The products will be Spectra branded, with the HPE sales teams leading the sales effort. It’s a fairly significant deal for us.”

Two Spectra products have been selected for the relationship, the T950 and the TFinity.

The TFinity will be branded in the new HPE TFinity ExaScale Edition tape library.

“The TFinity is the largest enterprise library in the world, which goes to over 50,000 slots,” Grainger said. Specifically, it allows for the addition of up to 53,460 LTO slots to store over 801 PB of compressed enterprise data. It also requires 50 per cent less data centre floor space compared to competing offerings. It can also uniquely support LTO tape technology, IBM TS11x0 tape technology and Oracle T10000x drives and media in the same library.

The smaller HPE T950 tape library is an LTO-based library, with proactive BlueScale media management, that expands to up to 10,000 slots and scales up to 150 PB compressed.

The relationship will both deepen Spectra’s exposure in the High Performance Computing [HPC] market and give them a wider global presence in the Video Surveillance market.

“HPE is well-known in the HPC market, as are we at the very high end,” Grainger said. “Our market has not been significant in the bottom part of that market, from Top 100 to Top 1000 organizations. HPE is very strong there, and our HPE T950 scales down nicely into that market. We have enterprise customers now in over 50 companies in media and entertainment, finance, oil and gas, health care and video surveillance, and the HPE relationship will increase our exposure in all of these.”

HPE channel partners will not require specific certification from Spectra Logic in order to sell these products.

“We don’t require certification, but we do have an infrastructure of people who go out with our own Tier One channel partners for training and education, and we have salespeople who go out in the street and do in-person training as well,” Grainger said.

“Tape remains like Mark Twain’s comment that reports of his death have been greatly exaggerated,” he said. “We are still seeing robust growth in the enterprise for archiving data, even with cost of flash and disk going down. These changes to the industry have certainly impacted smaller tape libraries downmarket, but for customers with petabytes of data, there is still nothing as robust and inexpensive – and with a ten-year road map – as tape.”