Gurucul also announced the appointment of Rosanna Pellegrino as VP of Strategic Alliances. She will be in Toronto this week at the SC World Conference at the Toronto Convention Centre to talk to prospective partners. 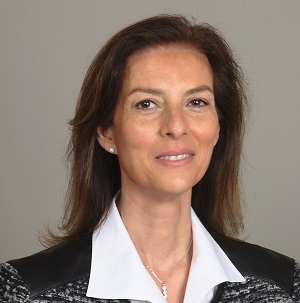 Los Angeles-based security vendor Gurucul has announced both its first channel program, its INSIDER Partner Program, and the appointment of channel veteran Rosanna Pellegrino as vice president of strategic alliances, which includes responsibility for channel management.

“Gurucul makes a risk analytics platform, which within it has offerings that can be used independently or collectively to calculate risk to user identities,” Pellegrino said. “The platform both detects and prevents attacks based on exploitation of user identities. Our user-based analytics takes into consideration what alerts you set off and what your past activity has been, and contextualizes it so that different aspects of behavior can add to the risk profile. Analysts can then put eyeballs on that to see if the different behavior is dangerous.”

“This is all based on algorithms and machine learning,” she said. “Competitor solutions are rule-based, so you have to create the rule first. We also have the identity access analytics, the user behavior analytics and the CASB all as part of one platform. We are able to do the full analysis without having to rely on third parties to do part of it.”

Gurucul’s sweet spot is in the enterprise, and their go-to-market model to date has been primarily direct.

“We have worked with the channel on a few opportunities, but this has not been a major part of our business,” Pellegrino said.

The INSIDER Partner Program is initially designed to attract and support a core of focused security specialists with which Gurucul will work closely.

“The type of partners we are looking for are security focused, with practices that they can take to other organizations,” Pellegrino said. “Even some global orgs are not mature from a security perspective. They bring in third party partners to do that for them, the subject matter experts. Deploying our product is simple to do, but the data mining, sitting on data lakes and contextualizing it is where these skilled partners come in.”

Pellegrino indicated that Gurucul wants to work closely with this relatively small group of partners, who might eventually number 20 in total.

“We want them to be a part of our culture and our offering from lead generation through implementation, and part of a longer term growth process,” she said. “We are looking for ‘lean forward’ organizations who look at the next generation of technologies, where we will jointly invest to work together as partners to build a joint pipeline. The idea is not to have just ‘one and done’ deals.

For now, the partner program will consist of this single tier of Premier partners. Pellegrino said that a second Associate tier, of less committed partners, is something that is planned to come later.

The INSIDER Partner Program contains the type of enablement programs partners expect from such things, including deal registration, joint lead generation resources and branded marketing collateral on the sales and marketing side, and knowledge-based online and phone support, and sales engineer technical documentation on the training and support side.

“Because part of my job is arranging integrations with other vendors, like Oracle or Splunk, partners will also be able to integrate with them as well,” Pellegrino said. “It’s all about relationships.”

Gurucel has no Canadian partners at the moment, but Pellegrino is in Canada this week talking with potential partners interested in Gurucul. She will be at the SC World Conference security event at the Toronto Convention Centre on June 1 and June 2.